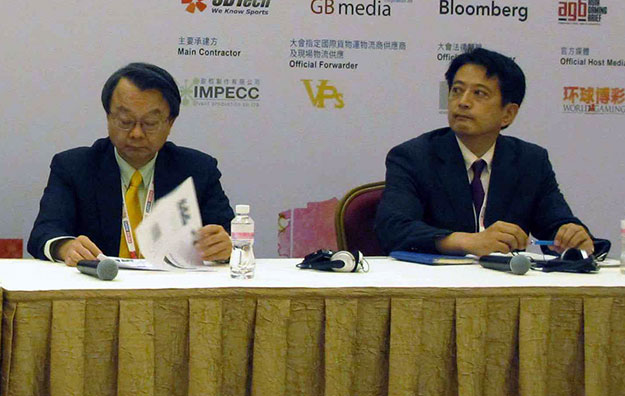 Mr Sasaki is also director of the IR (Integrated Resorts) Gaming Academy in Japan and a strong supporter of the IR Promotion Bill.

The rest of the process should run smoothly, said Mr Sasaki, adding that about 20 people in Mr Abe’s cabinet are already “preparing the IR implementation law”.

Casino legalisation in Japan would be a two-statute process. After an enabling bill permitting the principle of casino resorts, a second piece of legislation – also known as the implementation law – would detail the specifics, including how they are administered and regulated.

“[The] IR implementation law will be approved in 2016,” said Mr Sasaki.

Investment analysts have suggested that the delays experienced in 2014 over the first piece of legislation have made it difficult for casino resorts to be ready in time for the Summer Olympic Games in Tokyo in 2020, as the government had initially planned.

Mr Abe had sought early passage of the casino bill as a pillar of Japan’s growth strategy.

The Japanese parliament’s lower house on Wednesday voted overwhelmingly to confirm Mr Abe as first minister, with 328 votes against 73 for acting opposition leader Katsuya Okada. That was followed by an upper house poll that officially endorsed Mr Abe as premier following his sweeping election victory earlier this month.

His new cabinet was largely unchanged with Taro Aso returning as deputy premier and finance minister.

Even though Mr Abe’s Liberal Democratic Party (LDP) lost three seats in the lower house of the Diet, its junior coalition partner, Komeito, gained seats. The ruling coalition was returned with 326 out of 475 seats, one more than before dissolution in November.

It also kept its two-thirds majority, which will allow it to pass laws without the approval of the upper house, should the coalition lose its majority there in upper-house elections in 2016.

Gaming companies such as Las Vegas Sands Corp and MGM Resorts International have publicly shown their interest in investing in Japan if casino gaming is legalised. Last month, Bill Hornbuckle, president of MGM Resorts, told GGRAsia that his company was still “very optimistic” about the prospects for casinos in Japan.