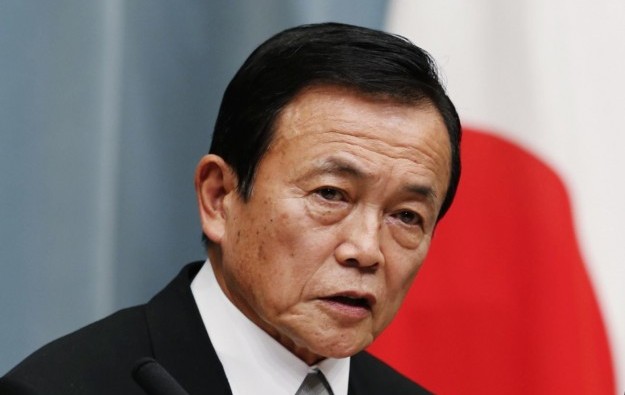 The deputy prime minister of Japan, Taro Aso (pictured), said he was in favour of allowing casinos to operate in the country, with the aim of promoting tourism and boost economic growth, Japan’s Kyodo News press agency reports.

But Mr Aso also emphasised the importance of developing legislation to prevent the opening of casinos from causing law and order problems and increasing gambling addiction, Kyodo reported.

A group of lawmakers supporting the IR Bill had earlier said casinos should be open to locals, but only residents who meet certain criteria. Any attempt to make Japan casino resorts for foreigners-only would be “constitutionally suspect”, a cross-party panel of Japanese lawmakers heard on Thursday.

A government-backed study in August concluded that 4.8 percent of the Japanese adult population, or about 5.36 million people, had a gambling problem.

But Mr Aso also stressed the potential multiplier effect on the Japanese economy of having casino resorts. “It is true that casinos have helped invigorate tourism and invite foreign people” in other locations such as Macau and Singapore, Mr Aso was quoted as saying at a press conference. Mr Aso also serves as finance minister.

The first enabling bill to legalise casino gaming in Japan – called the Integrated Resorts (IR) Bill – could pass during an extraordinary session of the Diet this autumn. The parliament’s autumn session runs until November 30.

Casino legalisation in Japan will be a two-statute process. After the enabling bill legalising casino resorts at the conceptual level, a second piece of legislation would detail the specifics, including how they are administered and regulated.

The existing casino industry expects it will have a constructive dialogue with the authorities in Japan prior to the second bill.

The results of an online survey released in July by Japanese advertisement and public relations agency Hakuhodo Inc show the waterfront Odaiba district in Tokyo as the most popular location for a casino resort in Japan. Hakuhodo forecast that a casino resort in Tokyo could attract around 24 million domestic visitors a year, generating sales of JPY2.9 trillion (US$27.1 billion), excluding shopping spending.

“Reopening” of China relative to its current “Covid-zero” policy could start “in spring 2023” based on “three signposts” that could emerge after the 20th National Congress of the... END_OF_DOCUMENT_TOKEN_TO_BE_REPLACED