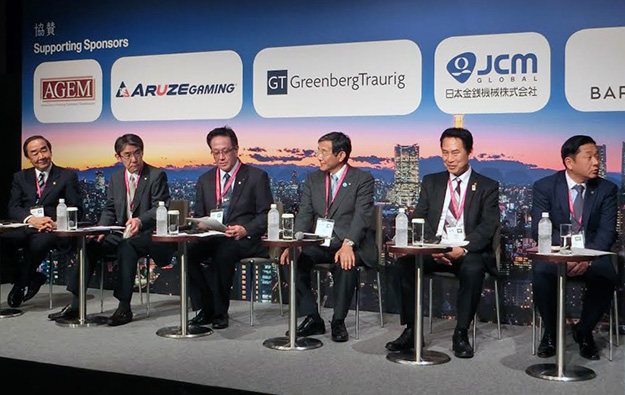 At least one local government in Japan has proposed development of a foreigner-only casino as a way of allaying public concern on issues such as the risk of gambling addiction among locals.

Masahiro Obana, mayor of Wakayama city in the southeastern portion of the main island Honshu, told a panel audience during the Japan Gaming Congress in Tokyo on Thursday: “For Wakayama city, the biggest concern is [gaming] addiction or dependency on gambling. We need to alleviate their [the public's] concerns. In Marina City, we can introduce [casino resorts] exclusively for overseas visitors,” said Mr Obana. He and his fellow panel members were speaking in Japanese, with instant translation done in-house at the event.

Marina City is an artificial island covering 40 hectares that currently offers golf facilities and marine sports, according to the presentation of Mr Obana. The site has been chosen by his administration as a candidate site for a so-called integrated resort [IR], due to its leisure elements and proximity to Kansai Airport, which is a 45-minute drive away, he added.

But Haruki Satomi, president and chief operating officer of Japanese gaming conglomerate Sega Sammy Holdings Inc, warned on the sidelines of the Clarion Events Ltd conference the same day, that if locals were not able to gamble domestically, that would have a negative impact on the size of the investment firms would be willing to stake for a casino resort in Japan. “If it is going to a be a foreigner-only [casino] in Japan, the investment will be much less than what the [central] government expects,” he said.

Nonetheless, a degree of public opposition to the idea of domestic casinos serving domestic customers has been identified by Japanese politicians as a potential barrier to progress for the policy, regardless of whether the governing Liberal Democratic Party of Japan can command a majority on the issue in the two houses of the Japanese parliament, the Diet.

Hirofumi Iwakura, mayor of Tomakomai city, on the northern island of Hokkaido, told Thursday’s panel: “We have been working on this issue with the local population for the last three to four years, and some of the local population are against the idea of hosting IRs. It looks like to we need to produce some materials for the local people to be able to clearly understand what an IR facility should look like in our communities.”

The local government has envisioned a site near the New Chitose Airport in Tomakomai, a city under Hokkaido prefecture, according to Mr Iwakura.

Thursday’s panel had representatives from seven local governments, all seeking to attract integrated resort investment to their home regions in order to boost the number of visitors they receive and encourage tourists to stay longer, as well as to increase employment and boost the general economy.

In other developments, on Wednesday, a panel of experts advising the Japanese Prime Minister’s office outlined the core facilities that would need to be featured in any successful bid for an integrated resort licence.

Each project should have a convention centre; recreation activities such as a shopping; a facility to promote tourism in other parts of the country; and a hotel as well as a casino.

The government panel also proposed that prefectural governments and designated cities should draw up development plans for integrated resorts in concert with resort operators, before submitting them to the central authorities, namely the Land, Infrastructure, Transport and Tourism Ministry.

Macau’s casino gross gaming revenue (GGR) for the first five days of February is estimated at MOP1.9 billion (US$235.1 million) – or MOP380 million per day – a level that suggests a “45... END_OF_DOCUMENT_TOKEN_TO_BE_REPLACED