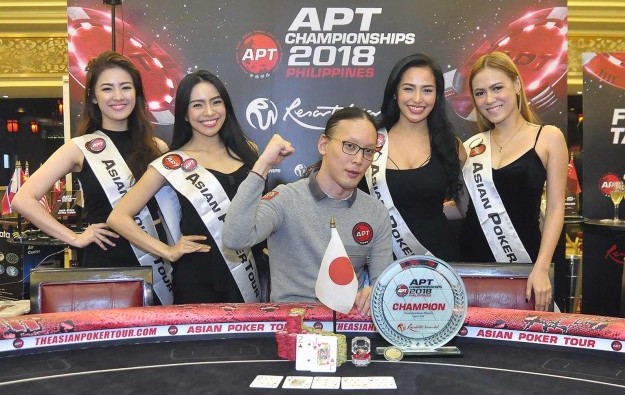 The APT Championship Event was organised by the Asian Poker Tour (APT) and took place between March 28 and Monday (April 2) at Resorts World Manila. Mr Yogo won more than PHP2.4 million (US$46,176), according to a press release from the organiser issued on Monday.

“I have won many side events but this was actually the first time that I have won a major APT event,” the champion said as quoted in the document.

The APT and the Hong Kong Poker Players’ Association announced in early March an agreement to provide live streaming – in Chinese language to audiences in Hong Kong and mainland China – for some of the APT’s events.

The APT Philippines Championships 2018 was the first event to be broadcast in that way under the agreement.

Macau’s casino gross gaming revenue (GGR) for the first five days of February is estimated at MOP1.9 billion (US$235.1 million) – or MOP380 million per day – a level that suggests a “45... END_OF_DOCUMENT_TOKEN_TO_BE_REPLACED