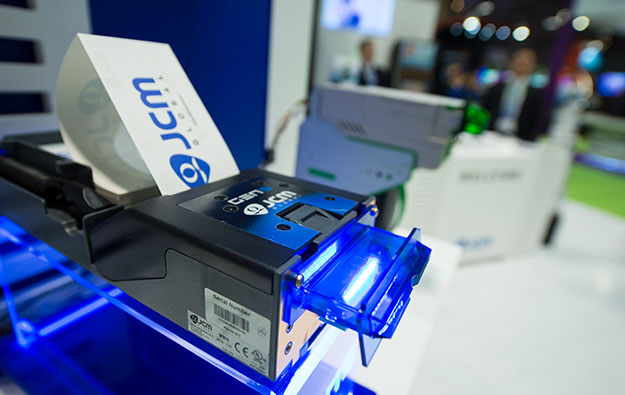 Japan Cash Machine Co Ltd, also known as JCM Global, reported a net profit of JPY1.29 billion (US$9.4 million) for its fiscal first half ended September 30. Such profit was up 642.1 percent year-on-year, the firm said in interim highlights published recently.

JCM, a firm listed on the Tokyo Stock Exchange, makes machines that validate banknotes and handle currency, as well as manufacturing printers for casino gaming machines and other gaming hardware-related devices.

Sales in the group’s global gaming business rose by 71.4 percent year-on-year, to JPY7.07 billion; and segment income was up by 34.1 percent, to JPY1.02 billion.

The company said it saw “increased demand” for its products due to a “recovery trend” in the gaming and commercial markets.

In November, the company revised upward its earnings forecast, saying it expected net sales of JPY24.4 billion for the 12 months to March 31, 2023. It said the revision was based on higher-than-expected sales in the second half of its financial year, as it had “more clarity” about its supply chain.

JCM reported a net profit of JPY605.4 million for its financial year ended March 31, 2022. That compared to a net loss of JPY7.56 billion a year earlier.

International casino operator Las Vegas Sands Corp has been ranked as the most sustainable firm in the global casino sector, according to the 2023 edition of the S&P Global Sustainability... END_OF_DOCUMENT_TOKEN_TO_BE_REPLACED