JCM quarterly sales down, but profit up 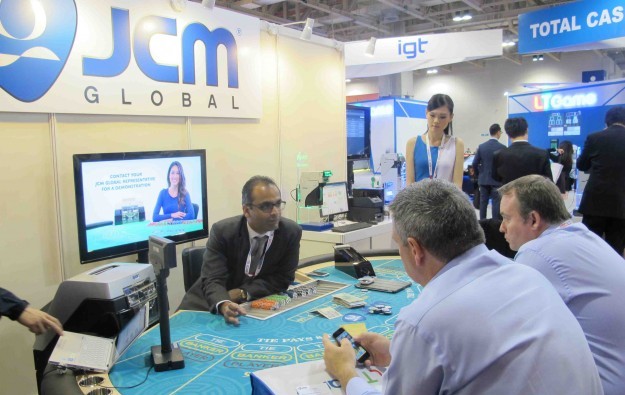 But quarterly net income rose 28.9 percent year-on-year, to JPY1.7 billion. The company attributed the improvement to “a decline in income taxes”.

JCM reported an operating income of JPY1.1 billion for the three months to December 31, down by 27.2 percent from the prior-year period “due to a decrease in demand, mainly in the North American gaming market”.

The depreciation of the Japanese yen allowed the company to benefit from foreign exchange gains, with ordinary income amounting to JPY2.1 billion in the final quarter of 2014, up by 11.6 percent from a year earlier.

Tokyo-listed JCM is the parent company of U.S.-based JCM American Corp and JCM Innovation Corp. The latter firm in August completed the acquisition of FutureLogic Inc, a provider of printers for a wide range of applications, including the creation of player vouchers for casinos and other gaming operators.

“Difficult times continued in the North American region because the number of newly opened casinos, as well as projects to expand existing casinos, decreased drastically,” JCM said in its latest earnings report.

It added: “Demand did not pick up substantially both in the gaming market and banking and retail markets in the European region.”

In the Japanese market, JCM said operations of pachinko parlours “suffered a negative impact because of the slump in consumer sentiment” following the hike in the consumption tax rate in April. The industry was also affected by  “a decline in the number of gaming players [manufacturers] in the equipment market for the Japanese amusement industry”.

In the latest report, JCM said it would try to expand sales activities in various markets, including emerging countries in Asia.

Most of Macau’s casino operators are likely to generate positive free cash flow in the first quarter, given the robust recovery level of mass-market gross gaming revenue (GGR) in January, relative... END_OF_DOCUMENT_TOKEN_TO_BE_REPLACED