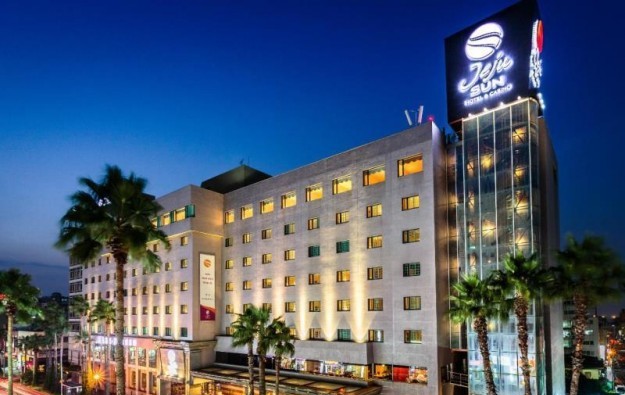 Nasdaq-listed Iao Kun Group Holding Co Ltd, a Macau VIP gambling room investor, says that the acquisition of the Jeju Sun Hotel and Casino in Jeju (pictured) – on Jeju Island in South Korea – was the “optimal way to diversify outside of Macau”.

Iao Kun announced last week that it was buying the Jeju property from Bloomberry Resorts Corp for a total consideration of KRW117.5 billion (US$102.5 million). The deal is expected to close within 45 days.

In a press release on Monday, Iao Kun said the deal includes the property as well as “a non-expiring gaming licence, which allows for an unlimited number of gaming tables that may be installed, subject to regulatory approval”.

Iao Kun said it focused its efforts for diversification on Jeju, as the island “provides excellent accessibility from the Chinese Mainland, with many daily flights from the major Chinese cities”.

Jeju does have some special concessions granted to its tourism industry by South Korea’s national government. The island is popular with mainland Chinese holidaymakers and offers them visa-free entry to Jeju if they arrive directly by international flight or international ferry or cruise ship. Mainland Chinese visitors to other parts of South Korea need a visa.

“Jeju also has a low gaming tax rate compared to other jurisdictions (the gaming tax is paid net of junket commissions and other expenses and will be typically be below 15 percent of net gaming revenue),” said Iao Kun.

The firm added that it sees “significant potential to rapidly grow” the VIP gaming segment, “given that VIP gaming in Jeju is currently underdeveloped”.

Iao Kun additionally said it expects to finalise the funding arrangements for the acquisition of the Jeju Sun within the next few weeks. The company believes that the funding structure that it is currently negotiating “should cause the acquisition to be accretive to earnings per share”.

On Monday, Iao Kun also announced its annual dividend for 2015 at US$0.008 per ordinary share outstanding as of July 8, 2016. The payment date will be July 20, 2016, the firm said in a filing to the U.S. Securities and Exchange Commission.

More than 500 people are still inside the Grand Lisboa casino hotel after the complex was locked down on Tuesday by the local authorities, said an official during a Wednesday afternoon briefing on... END_OF_DOCUMENT_TOKEN_TO_BE_REPLACED