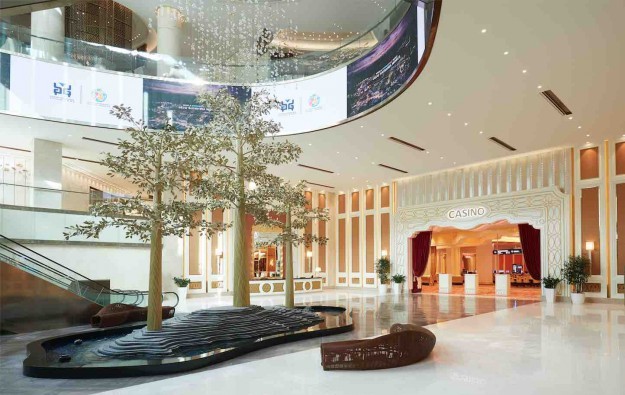 An official from the regulator of casinos on the South Korean holiday island of Jeju has told GGRAsia that the body is “monitoring” the situation regarding Hong Kong-listed casino developer Landing International Development Ltd and the operation of the latter’s Jeju casino resort Jeju Shinhwa World (pictured) as conducted by a subsidiary.

The casino developer has been in in the news internationally after it told the Hong Kong bourse on August 23 it had been “unable to contact or reach” its chairman, mainland Chinese businessman Yang Zhihui, that day. It has given no public update on Mr Yang’s whereabouts since then.

In an emailed statement to GGRAsia, a representative from Jeju Casino Regulatory Division said that the unit had “no special actions planned” regarding Landing International and its local unit at the moment. The regulatory body did not give further details regarding its monitoring brief.

Landing International announced to the Hong Kong bourse on Friday the appointment of two new executive directors with effect from September 1.

In February Landing International opened a foreigner-only casino at its Jeju Shinhwa World resort on Jeju. The gaming business boosted the firm’s first half profit this year, which jumped 478 percent year-on-year to HKD280.6 million. The firm has also posted gross gaming revenue of HKD2.41 billion for the interim period, compared to HKD174.5 million a year earlier.

The firm was to pursue the opening of a self-branded hotel at the Jeju casino resort complex under the moniker Shinhwa Resort within this year. By 2020, it also aims to open a Four Seasons Resort and Spa, and a theme park called Lionsgate Movie World, according to the firm’s previous statements.