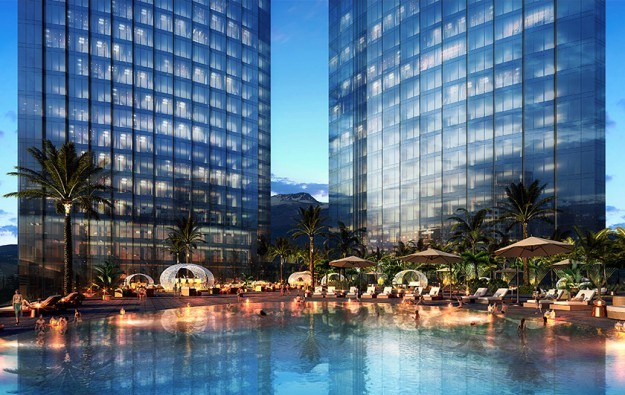 There must still however be a period of inspection and checks by the local casino regulator that could take at least a month.

Following the announcement by the Jeju authorities, Lotte Tour said in a filing to the Korea Exchange that it planned to open the casino at Jeju Dream Tower in May.

Information on the governor’s signing was relayed via a live online briefing on Thursday morning by the Jeju local government.

The Jeju Dream Tower scheme has already been through a “Casino Impact Study Assessment”, and a hearing and vote in the Jeju legislative council. Local regulations stipulate that any firm that plans to relocate or expand an existing casino in Jeju by more than 100 percent, must go through such process.

The Casino Impact Study Assessment gave a “suitable” assessment to the scheme in August 2020, and the Jeju legislative council passed an agenda item regarding the scheme on March 25.

The Jeju legislative council attached nine conditions in return for the governor’s authorisation for the Jeju Dream Tower scheme, according to a local government press release on Thursday.

They included that: “80 percent” of all jobs created should be for locals, including young people and other groups; that the scheme’s promoters should produce “proactive” plans regarding educational opportunities for locals and for tackling crime; and making “detailed” plans regarding donations to “local communities”.

There had been allegations that questions posed to the public in a social impact survey and questionnaire by Lotte Tour had somehow been weighted in favour of Jeju Dream Tower. In commentary to these allegations, a tourism official from the Jeju government said – during Thursday’s online briefing – that “nothing unusual had been found” so far.

The official added that the authority had made a final decision of authorisation on the social impact check, “after a long and deep deliberation”.

Macau recorded 965 “gaming-related” crimes in full-year 2022, down 29.7 percent on the 1,372 identified in the previous year, according to the latest statistics published on Tuesday by... END_OF_DOCUMENT_TOKEN_TO_BE_REPLACED