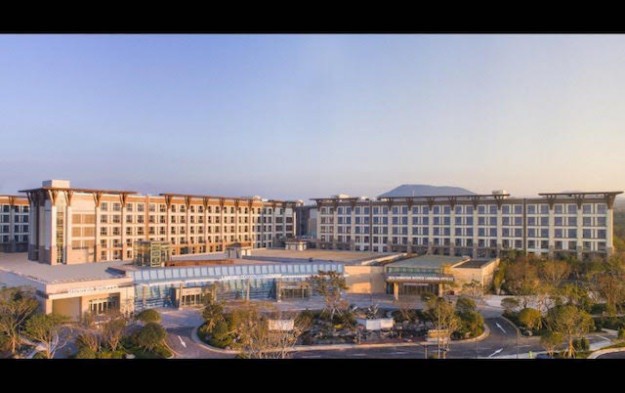 Jeju Shinhwa World, a resort on South Korea’s Jeju Island, has confirmed to GGRAsia a further delay to the opening of its foreigner-only casino. It had been scheduled for January 18 this year but has now been postponed to a “later date”, its promoter Hong Kong-listed Landing International Development Ltd told us by email.

The firm didn’t specify a new date, but indicated it was still awaiting local government permission to “relocate” an existing casino at another Jeju venue to Jeju Shinhwa World.

Landing International refuted a media report that it had asked local employees to take leave in order to save costs, saying that they were merely asked to “clear annual leave at year end” as a “common market practice”.

“We will keep providing training to our casino staff before the opening of the casino in our resort [Jeju Shinhwa World],” the firm’s spokesperson noted, adding that the venue had so far hired almost 2,000 employees, including workers for the planned casino.

In November, Landing International noted to GGRAsia that the casino at Jeju Shinhwa World was likely to open at the end of 2017 rather than on December 8, as had been previously suggested in a press release in September.

Most of Macau’s casino operators are likely to generate positive free cash flow in the first quarter, given the robust recovery level of mass-market gross gaming revenue (GGR) in January, relative... END_OF_DOCUMENT_TOKEN_TO_BE_REPLACED