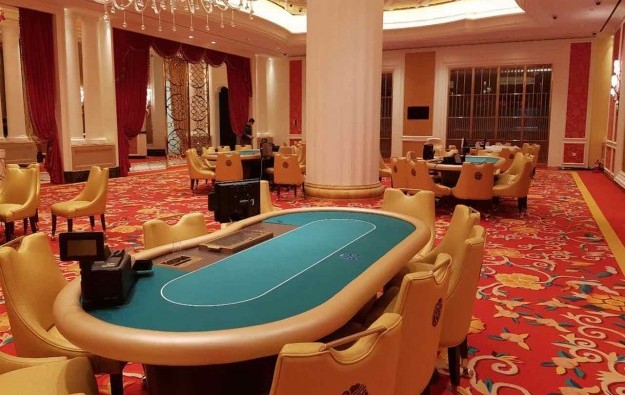 The foreigner-only casino at Jeju Shinhwa World, a resort on South Korea’s Jeju Island, is to open on February 25, according to a filing from Hong Kong-listed Landing International Development Ltd, the scheme’s promoter.

“The board of directors of the company is pleased to announce that, on February 21, 2018, the government of Jeju Special Self-Governing Province has conditionally approved the group to relocate its Landing Casino to Jeju Shinhwa World,” the firm said in a Wednesday filing.

Currently, Landing International is operating a casino with 28 gaming tables and 16 slots and electronic table games at the Hyatt Regency Jeju Hotel, a property located in a different part of Jeju Island from Shinhwa World complex.

Landing International said it had also been authorised to increase the casino gaming floor area to about 5,500 square metres (59,201 sq feet) from the current 800 square metres.

“The company expects Landing Casino to become one of the key attractions for visitors to Jeju Shinhwa World upon its relocation, as it will serve to offer visitors a complete world-class hospitality, leisure and entertainment experience,” the firm said.

In comments included in a press release, Landing International’s chairman Yang Zhihui stated: “With relocation of Landing Casino to Jeju Shinhwa World, we will be one of the few integrated resort operators in Jeju and [South] Korea that could offer to visitors a complete world-class hospitality, leisure and entertainment experience.”

The opening of the casino at Jeju Shinhwa World was already postponed for several times. In November last year, Landing International noted to GGRAsia that the casino at the complex was likely to open at the end of 2017 rather than on December 8, as had been previously suggested in a press release in September.

The company eventually further delayed the opening of the casino to January 18 this year, but that was postponed as the firm was still awaiting local government permission to relocate its existing casino.

The opening of Landing Casino marks the full opening of phase one of Jeju Shinhwa World, according to Landing International.

Management at the Jeju Shinhwa World resort said last month that they want to achieve a “50-50” balance of gaming to non-gaming revenue.

Landing International recorded a profit of HKD505.1 million for full 2017 compared to a loss of HKD1.1 billion in the previous year. The turnaround was helped by a good performance in the firm’s property development segment – positively influenced by the sale of condominium units at Jeju Shinhwa World – and the disposal of Les Ambassadeurs Club and Casino, an upmarket gaming venue in London in the United Kingdom.

Landing Casino generated revenue of HKD235.8 million in full-year 2017, down by 35.1 percent in year-on-year terms. The firm gave no reason for the decline in revenue. The venue posted a segment loss of HKD117.0 million compared with a segment profit of HKD93.6 million in 2016.