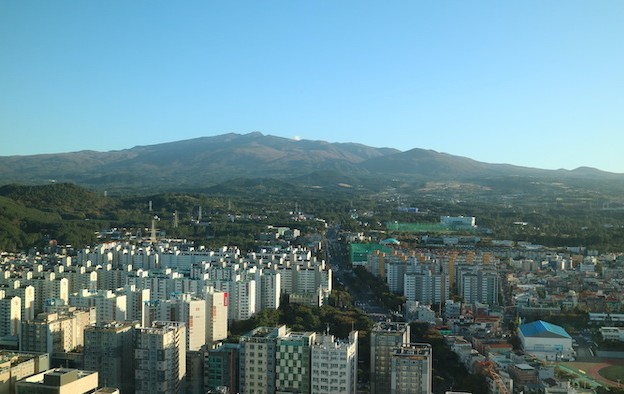 South Korea’s Jeju island (pictured), which has a collection of foreigner-only casinos, should break away from its traditional focus on Chinese VIP gamblers, and develop the semi-autonomous holiday destination’s global, mass-market appeal.

That is according to Yoon Tae-Hwan, a professor of hotel management at Busan’s Dong-Eui University. He was speaking during the recent Jeju International Casino Policy Forum organised by Jeju Special Self-Governing Province.

He added that if Japan’s integrated resort (IR) casino market started operating at the end of the current decade, as anticipated, South Korea’s foreigner-only casino industry, especially the properties on Jeju, might “suffer severe setbacks”.

First, Mr Yoon said Jeju should develop its casino hotels along the lines of integrated resorts, and tie their marketing to South Korea’s advanced IT and smart-technology infrastructure, and “closely connect” the whole offer with other tourism resources scattered in Jeju Island”.

Second, he suggested consolidating business at the smaller casinos in Jeju, which would support and encourage the move to an all-in resort model.

Third, Mr Yoon wondered aloud about the benefit to the Jeju casino industry of a proposal to integrate the island’s casino policy division into the tourism industry division within the local government.

He suggested the move would be “rather contrary to the recent international trend of promoting the casino industry”, by increasing the professionalism and specialisation of its regulatory framework.

Jeju’s casino policy division told GGRAsia – in response to our enquiry – that the decision on whether to place it under the Jeju government’s tourism industry division would only be made next year.

International casino operator Las Vegas Sands Corp has been ranked as the most sustainable firm in the global casino sector, according to the 2023 edition of the S&P Global Sustainability... END_OF_DOCUMENT_TOKEN_TO_BE_REPLACED