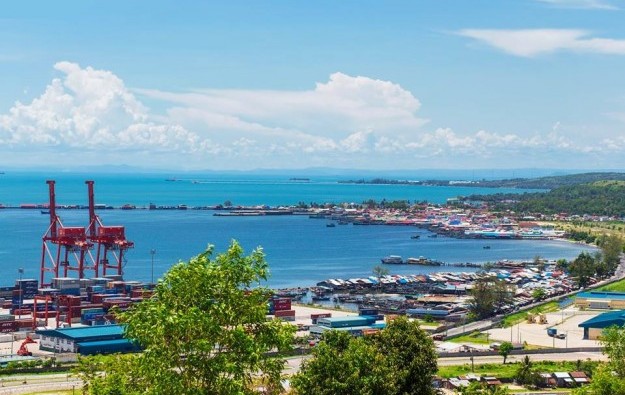 The ‘entertainment resort’ that Hong Kong-listed casino junket investor Jimei International Entertainment Group Ltd wants to develop in Cambodia is likely to be located in the coastal resort town of Sihanoukville (pictured), on the Gulf of Thailand, says Union Gaming Securities Asia Ltd.

The brokerage added in a Monday note that it is unlikely that the new project will pose a significant threat to NagaWorld, the country’s largest casino operation, located in the capital, Phnom Penh.

Jimei International announced on Friday that it had a framework agreement with two firms in relation to developing an “entertainment resort” project in Cambodia. The complex would include hotel facilities, a golf course, theme park and “other entertainment and tourism business,” the Jimei International announcement said. It did not mention whether there would be any gaming or where the resort would be located.

“We believe [the property] will be located near Sihanoukville,” Union Gaming analyst Grant Govertsen wrote on Monday, stating that, “should Jimei’s project come to fruition, it is likely at least several years away.”

Mr Govertsen added: “Media reports state that the resort is already under construction within Ream National Park. This on-again, off-again project – known as Golden Silver Gulf resort – has been in various stages of development since at least 2009 with various partners and with reported development costs of up to US$5 billion over 20 years.”

The Union Gaming analyst stated “there are already around 10 (generally small) casinos in Sihanoukville – not unlike border casinos in places like Poipet, Cambodia.”

Poipet is near Cambodia’s border with Thailand. It is home to several small casino operations that serve principally Thai gamblers – casino gambling is illegal in Thailand.

`No threat’ to NagaWorld

Union Gaming stated it “would not expect a casino resort in Sihanoukville to gain traction with respect to NagaWorld’s core earnings driver, mass-market gaming.”

NagaWorld is owned and operated by Hong Kong-listed NagaCorp Ltd.

“While Sihanoukville does have an airport, airlift is very modest,” the brokerage said in its Monday note. “Further, the drive-time from Phnom Penh is in excess of three hours. Finally, as it relates to tourism in Cambodia, Siem Reap and Phnom Penh are the highlights, rather than a beach-resort town that compares unfavorably (in terms of access, beauty, etc.) to other regional options in Malaysia, Thailand and Vietnam.”

“We believe the proposed resort near Sihanoukville would be heavily reliant on VIP customers, which is an increasingly difficult proposition in the context of the broader global VIP downturn,” stated Union Gaming.

In May last year, a unit of Jimei International made a junket arrangement with NagaCorp relating to seven VIP tables at the latter’s NagaWorld casino resort. The arrangement is for one year and renewable for a further year subject to agreement of the parties.

Casino equipment supplier Sega Sammy Creation Inc said in a Friday release it was debuting its Genesis Crest 43J cabinet in Asia. The product will be available at an in-person trade show, G2E Asia:... END_OF_DOCUMENT_TOKEN_TO_BE_REPLACED