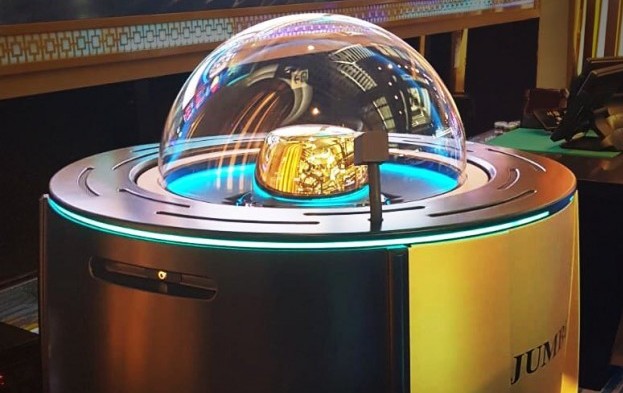 The partnership was announced by Jumbo in a Monday statement. It also noted that Scientific Games had recently purchased its first unit of Jumbo’s automated sic-bo dice shaker in order to link it to a total of 45 Quartz Hybrid terminals at South Korea’s Seven Luck Casino.

“We are honoured to partner with Scientific Games and supply our automated sic-bo dice shakers to their ETG stadiums,” said Allen Hsu, Jumbo’s associate vice president of business development, in prepared comments in Monday’s release.

“It’s great to find synergies with a similar company [offering] exceptional gaming products. At Jumbo, we are always open to partnership opportunities around the world,” Mr Hsu added.

Jumbo’s automated sic-bo shaker is “based on the traditional sic bo concept”, the Taiwanese firm stated, referring to the fact it allows players to place bets even after the dice have been shaken inside a gold-coloured, dome-shaped container. This automated sic-bo shaker product is said to have patents issued in Macau, Singapore and United States.

In its Monday statement, Jumbo also noted that prior to its new partnership with Scientific Games, its dice shaker had been developed for its own multi-game ETG stadiums.

A Macau court was offered evidence on Monday, including of recordings from police-wiretapped telephone conversation, that the prosecution says proves the direct involvement of Levo Chan Weng Lin... END_OF_DOCUMENT_TOKEN_TO_BE_REPLACED