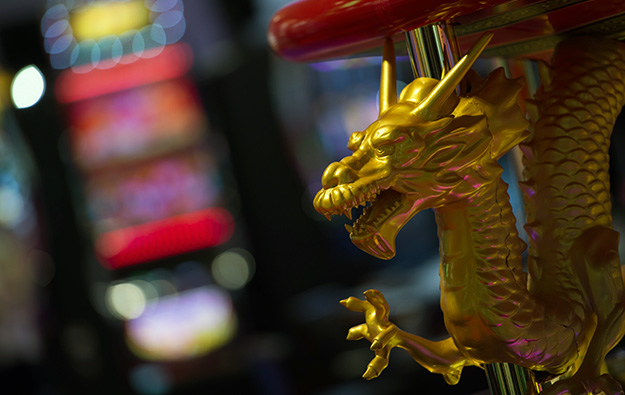 “According to our industry sources, based on gaming play for the first 12 days of June, GGR in Macau for the month is estimated to be tracking up approximately 5 percent year-on-year,” Telsey Advisory Group LLC wrote in a Monday note.

Analysts David Katz and Brian Davis added: “June trends appear to be improved versus May, although it is not clear from our checks whether it is the result of trends in hold percentage or true fundamental change.”

In a note also from Monday, brokerage Sterne Agee CRT stated: “While a solid start to the month… we note that month-to-date checked results include the Dragon Boat Festival holiday (June 9 this year versus June 20 last year).”

Official data from Macau’s police shows the city welcomed approximately 627,000 visitors between June 9 and June 12, an increase of 10.4 percent compared to the same period last year.

He added: “The [soccer] tournament is held every four years and is one of the world’s most watched sporting events. Similar to years when the World Cup is played, underground and other bets on the event siphon from Macau results.”

Sterne Agee CRT said in its latest note it expected Macau’s casino industry to post a 5 percent year-on-year GGR decline for the full-month of June.

Channel checks by Sanford C. Bernstein Ltd “indicate that Macau’s GGR… month-to-date is around MOP6.8 billion [US$850 million], implying an ADR (average daily rate) of around MOP607 million over the last week (versus around MOP510 million in the previous week and around MOP593 million in May),” the brokerage said in a Monday note.

Wells Fargo Securities LLC analyst Cameron McKnight also stated in a Monday note that the week ending June 12 had been “much stronger” than the previous week. He said the Dragon Boat festival helped the improved performance. The brokerage’s estimate for Macau’s GGR in the full-month of June is for a year-on-year decline of between 4 percent and 7 percent.

The Macau government announced on Thursday the cancellation of a plan for a nucleic acid test certificate requirement with 48 hour validity, for casino staff, casino customers and official visitors... END_OF_DOCUMENT_TOKEN_TO_BE_REPLACED