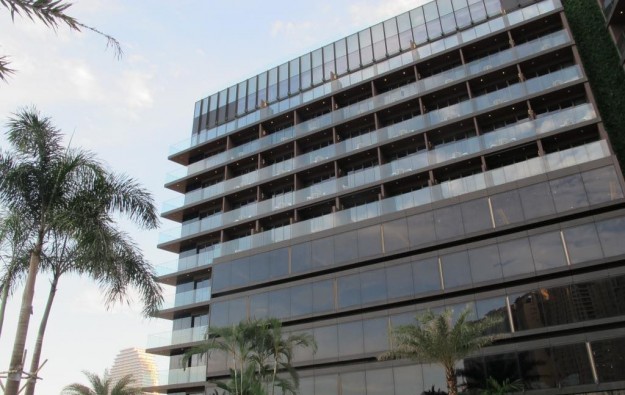 Macau junket investment firm David Group confirmed to GGRAsia that it has decided to cease soon its VIP gaming operation at Casino Macau Jockey Club inside the recently-opened Macau Roosevelt Hotel (pictured). The final day of the junket firm’s VIP gambling services at the venue will be October 30, according to a David Group representative.

“Due to consideration of our business development needs, which are to optimise our management and integrate our resources, our company has decided to cease the VIP gaming operation at the Macau Roosevelt Hotel after some analysis,” the David Group spokesperson told us.

The casino at Macau Roosevelt Hotel, effectively a “relocation” of Casino Macau Jockey Club from a nearby site, began operation on June 29, according to the local casino regulator, the Gaming Inspection and Coordination Bureau.

Ambrose So Shu Fai, chief executive of SJM Holdings Ltd – the firm that supplies the gaming licence for Macau Roosevelt – mentioned in comments in late July that David Group was in charge of marketing services and for introducing gaming patrons to the gaming venue at the hotel under what he termed a “commercial agreement”. The casino hosts a total of 30 gaming tables, all for baccarat, according to Mr So. David Group is currently running VIP gaming services at 10 gaming tables at the venue.

GGRAsia approached SJM Holdings in the light of the latest news from David Group, to ask whether the casino company was in talks with any other gaming promoters regarding provision of services at Casino Macau Jockey Club. We had not received a reply by the time this story went online.

“In the short term, we are looking to provide VIP gaming services at new venues, for which we aim to provide brand-new, comfortable gaming sites for our clients,” David Group’s spokesperson added, but declined to specify the venues.

The firm has a junket operation at Wynn Macau, the downtown property of Wynn Macau Ltd. It has also launched a new-to-market VIP club at Studio City in May and officially launched another VIP club at the Galaxy Entertainment Group Ltd’s flagship Cotai resort, Galaxy Macau, in September.

It is likely that Macau will shortly have a third round of citywide centre-based Covid-19 testing in little more than a week, after the results so far of a second mass test – that was due to finish... END_OF_DOCUMENT_TOKEN_TO_BE_REPLACED