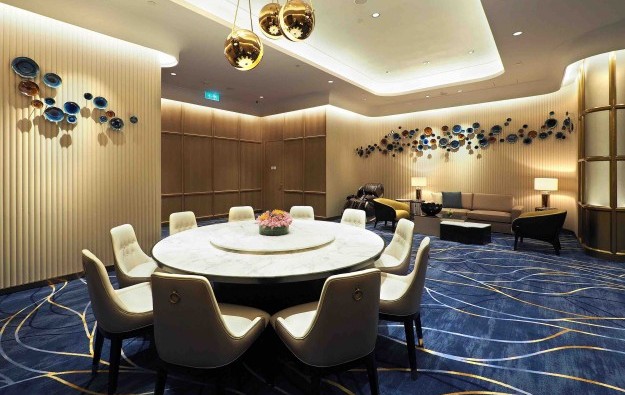 Macau junket investor Meg-Star Group launched on Friday, at the Venetian Macao casino resort, what the high-roller brand said was its eighth VIP club (pictured) in the city’s gaming market.

In an email the firm said the event marked its “vigorous expansion in Macau,” and described its business as “thriving”.

The launch at the Sands China Ltd property coincided with October Golden Week, a period surrounding festivities to mark the founding of the People’s Republic of China on October 1, and a holiday period associated in recent years with an uptick in general Macau visitor numbers and gambling volumes in the city’s casinos.

According to a press release issued by the brand, the new VIP facility is its biggest in Macau, covering 2,311 square metres (24,875 sq feet). It has 14 gaming tables – eight in an area known as the lobby, and an aggregate of six located in five areas described as “VIP salons”. The latter are said also to contain massage chairs, and facilities for dining and for foot massage and spa services. Gaming tables are said to have built-in USB charging ports for digital devices.

Thomas Pang, Meg-Star’s chairman, its chief executive Ben Leong, and Cheung Chi Lam, described as the group’s “brand ambassador” were among those attending Friday’s launch and a gala dinner to mark it.

The release quoted Mr Leong as saying Meg-Star had more than 1,300 employees worldwide.

The document stated the group had “successfully entered Macau’s major resort hotels, and has expanded its international business to overseas markets”.

In March the junket investor said it planned to have a VIP club at Crown Resorts Ltd’s Crown Melbourne casino resort in Melbourne, Victoria, in Australia.

Meg-Star opened its sixth VIP club in Macau on April 29. The venue is located on the second floor of Nüwa, a hotel at City of Dreams Macau; the latter the flagship Cotai property of Melco Resorts.

In January, investment analysts said they expected Meg-Star to be among the first wave of junket investors to have VIP gambling facilities at MGM Cotai, the latest resort from MGM China Holdings, and which opened in February without junket-based VIP play.

In February Meg-Star announced a branding revamp, so that the marque – originally known as Meg-Star International – would henceforth be known as Meg-Star Group to reflect the diversified nature of its business, including investments in real estate and food and drink operations.

Casino operator Melco Resorts and Entertainment Ltd announced on Thursday that it would launch at the end of June a new, themed zone for “family-friendly” entertainment at its majority-owned... END_OF_DOCUMENT_TOKEN_TO_BE_REPLACED