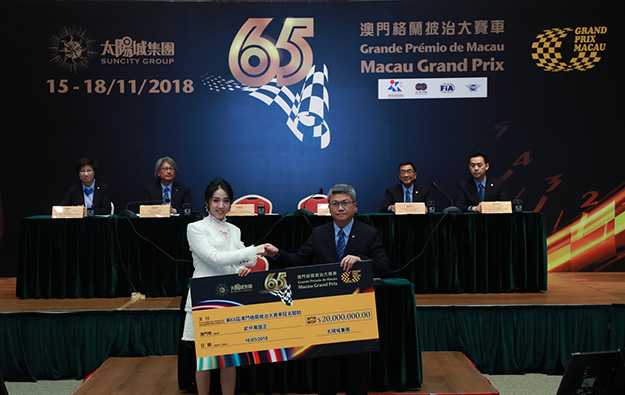 Macau VIP gaming investor Suncity Group is to be the official title sponsor of the Macau Grand Prix for the fifth consecutive year, the organising committee announced on Wednesday.

Suncity Group is committing MOP20 million (US$2.5 million) for the 65th Macau Grand Prix, the organisers said ahead of the racing event in November.

Suncity Group – led by Alvin Chau Cheok Wa and considered by investment analysts covering the casino sector as one of the largest junket investors in Macau – has been the title sponsor for the Macau Grand Prix since 2014.