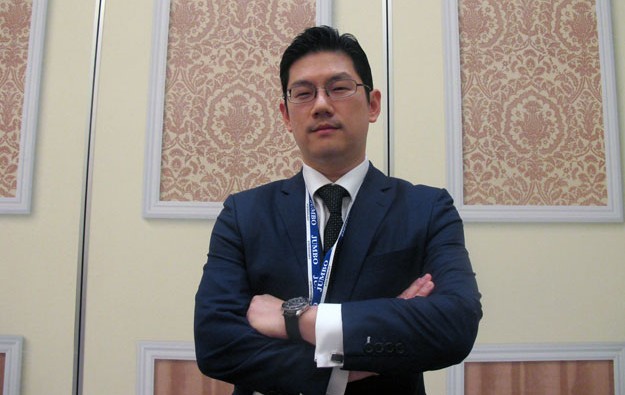 The junket model that has worked effectively in Macau – whereby gaming promoters bring high rollers to casinos and absorb much of the credit risk in the VIP betting segment – would probably not be successful in South Korea, says Glenn Burm (pictured), a partner at financial services firm PwC Korea.

“Junkets have never been successful in [South] Korea. The models are so different. Junkets, for instance, try to bring VIPs into Korea – but both from the operator and the junket side, they don’t have the [needed] volume to accommodate the costs involved,” Mr Burm told GGRAsia. He was speaking on the sidelines of Global Gaming Expo (G2E) Asia, held in Macau in May.

The PwC Korea partner explained that junkets and casino operators usually have to find a consensus on how to share the little profit they can make after spending on benefits and other complimentary items for these VIPs.

In Macau, junket operators are offered incentives to bring players to casinos by being offered either a share of the revenue or a commission on rolling chip turnover; with the latter capped at 1.25 percent.

Mr Burm said: “The junket model has never been successful [in South Korea]. The Korean [casino] operators prefer to do direct marketing to VIPs. They bring in fewer customers but it is more profitable, because they don’t pay commissions to junkets.”

He added: “I don’t think the junket business will grow in Korea in the near future because the existing [casino] operators are a bit reluctant to utilise them.”

The construction of large-scale casino resorts in South Korea would probably not contribute to boosting significantly the operations of junkets in the country.

“The Mohegan Sun model is more of the U.S. model,” said Mr Burm, adding that the integrated resorts being developed in South Korea would most likely rely on mass-market customers.

The government of South Korea has awarded a licence to build a casino resort to a consortium between U.S.-based Mohegan Tribal Gaming Authority (also known as Mohegan Sun) and South Korean chemicals manufacturer KCC Corp.

The new property – to be located in Incheon, near the country capital Seoul – is expected to break ground in 2017, Bobby Soper, president of Mohegan Sun, told GGRAsia in February.

The country’s authorities had been reviewing an unspecified number of proposals for new casino resorts, submitted as part of an integrated resort licence bidding process initiated in 2015. There were up to two new casino resort licences up for grabs, but the South Korean government decided to grant only one.

Mr Burm said Mohegan Sun was likely “the only bidder that could meet” the government requirements, while other bidders – like Hong Kong-listed NagaCorp Ltd – decided not to take part in the later stages of the process.

Some international casino operators might have pulled out once they realised that the South Korean government would not change its stance on allowing locals to gamble at home, added Mr Burm.

“Kangwon Land has a monopoly licence until 2025, they’re going to do whatever they can to try to stop other operators into the domestic market,” Mr Burm told GGRAsia. For South Korean nationals to be allowed to gamble at domestic casinos, “someone has to come up with new legislation to open up the discussion,” he added.

Mr Burm additionally said that a few casino operators might have lost their interest in South Korea because of “some indications from China … that it was not too happy with Chinese citizens coming into Korea to gamble,” said the PwC Korea partner.

Mr Burm said the success of Paradise City would – to some extent – depend on how much Sega Sammy was actively involved. “It will be interesting to see how can they increase their customer base: if they’ll be targeting Japanese VIPs, Chinese VIPs, or mass-market customers,” the analyst said.

He added: “Paradise Co’s business portfolio has always been strong on the Japan side. So how to increase that, how to attract the Chinese mass-market: that will be the key critical factors to avoid impacting the existing business.”

Mr Burm said the new integrated resorts could benefit from the growing number of Chinese tourists to South Korea.

“The trend is more and more going towards the resort model, because Korea is moving more into attracting a mass market, people who want to spend time other than just in the casino,” said Mr Burm.

Japanese brokerage Nomura said in a report in April that the number of Chinese tourists visiting South Korea is expected to more than double in the period 2016 to 2020, to 15.5 million.

The Macau government announced on Thursday the cancellation of a plan for a nucleic acid test certificate requirement with 48 hour validity, for casino staff, casino customers and official visitors... END_OF_DOCUMENT_TOKEN_TO_BE_REPLACED