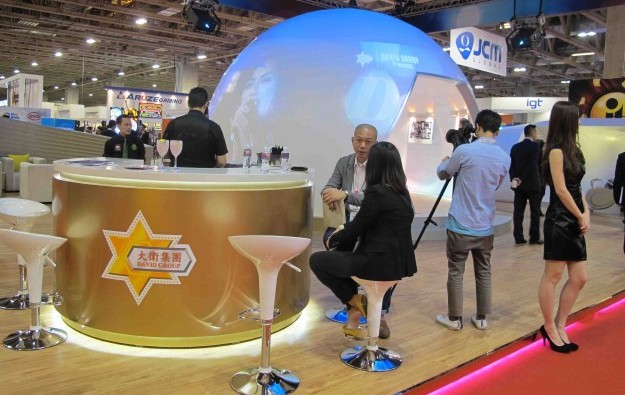 David Group, considered to be one of the top-10 junket operators in the Macau gaming market judged by volume of VIP chip roll, is said to be shutting down its VIP rooms, suggests a note from Japanese finance house Nomura.

“Yesterday, according to our industry information provider MGG, the David Group, one of Macau’s established junkets, is reported to be in the process of shutting down its VIP rooms in Macau,” analysts Stella Xing, Wendy Liu and Harry Curtis said in a note on Thursday.

“It appears that the David Group will seek to shut down its VIP rooms in an orderly manner and in several phases over the next few months and will seek to collect all debts outstanding,” they added.

A spokesman for David Group told GGRAsia he was not immediately available to comment.

David Group began operations in 2004 and currently operates seven VIP rooms in Macau, with a total of 58 gaming tables, according to Nomura estimates.

The company operates two rooms in Wynn Macau, two rooms in MGM Macau, one in Galaxy Macau, one in the casino at Four Seasons, a property of Sands China Ltd, and one in L’Arc, a casino operated by a third party under the gaming licence of SJM Holdings Ltd.

The junket operator had already closed VIP rooms in the Venetian Macao and City of Dreams last year.

Nomura estimates that the David Group’s market share is likely between 3 percent and 5 percent of total VIP rolls in Macau, “making it one of the top 10 junkets in Macau, and [representing] approximately MOP200 billion (US$25 billion) to MOP300 billion in value terms”.

The analysts however said there is no available data on what percentage of that roll could be in the form of credit.

“Assuming an orderly closing process for this junket, we may not see much adverse impact on junket loan liquidity. But more questions could be raised as to whether this is an isolated incident or something more structural,” said the Nomura research team.

Nomura also pointed out that David Group was no longer demanding a minimum fund to open accounts. “Our channel checks yesterday with the David Group’s VIP receptionists found that they had no idea whether the group was to shut down,” said the Nomura analysts.

Macau’s full-year 2014 gross gaming revenue (GGR) fell by 2.6 percent year-on-year to MOP351.52 billion. December was the seventh month of consecutive declines in GGR and the steepest drop, with casino revenue down by 30 percent from a year earlier.

Casino revenue in Macau has been going down since June in year-on-year terms, drive initially by a decline in VIP play, but by year-end also affected by the mass market. Analysts have linked the decline of the VIP segment in particular to the corruption crackdown in mainland China, an initiative spearheaded by President Xi Jinping.

“The weak Golden Week in October 2014 has resulted in a vicious cycle of lowering liquidity that can only be broken by the upcoming Chinese New Year in February, but that cannot be guaranteed,” said Morgan Stanley. “Apart from that, liquidity crunch due to longer repayments and slowdown in Chinese macro conditions continue to slow down VIP volumes,” it added.