Kangwon has plans to expand casino floor by 10pct 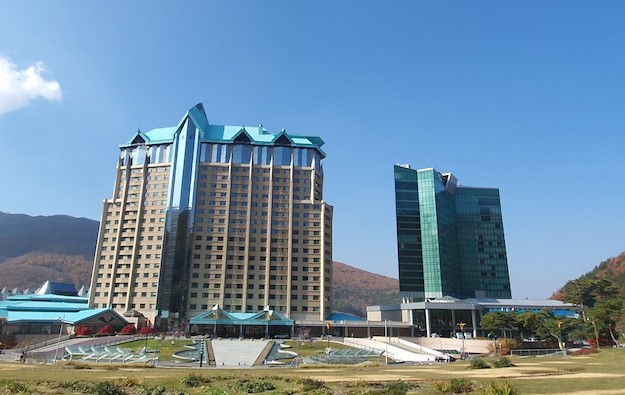 Kangwon Land Inc, the operator of South Korea’s only casino open to locals, said on Friday that it planned – at a date still to be confirmed – to expand its casino floor area by just over 10 percent, from 14,053 square metres (151,265 sq. ft) to 15,486 sq. metres. The resort will also increase the aggregate seating capacity at its restaurants and bars by 71.4 percent, from 140 seats, to 240 seats.

A representative at Kangwon Land said in response to GGRAsia’s telephone enquiry, the expansion plan follows customer feedback that its gaming area is circa 60 percent smaller than the average floor in the country’s foreigner-only casinos.

That representative added, the timing of the expansion would depend on the design timetable of any contractor that might be hired to do the work.

The company said the board meeting had approved earmarking KRW28.4 billion (US$23.7 million) for investment in the venue’s “expansion and remodelling”, without specifying whether that was all allocated to the casino facility.

In 2021, Kangwon Land accounted for nearly 66 percent of the KRW1.18-trillion (US$983-million) casino revenue generated by that nation’s 17 casinos, according to provisional figures issued recently by the Ministry of Culture, Sports and Tourism.

A Friday meeting of the Kangwon Land Inc board also resolved at a future date to resume operation of 32 table games, units that have previously been suspended in order to limit capacity at Kangwon Land (pictured), as a Covid-19 countermeasure.

Kangwon Land is currently running 161 table games and 169 slot machines, along with other gaming inventory, including 1,191 units of what the management refers to as “video games”, such as video roulette and video baccarat.

Kangwon Land also announced on Friday, it would keep to its current casino-resort operating arrangements until February 20, receiving a maximum 3,000 guests daily. That is 50 percent of the 6,000-visitor pre-pandemic level.

Also kept for now, are daily opening hours running from 10am to 10pm, and introduced on December 18. The decision is in line with South Korea’s recent extension of social distancing rules as a Covid-19 countermeasure, following an uptick in infections.

Macau recorded 965 “gaming-related” crimes in full-year 2022, down 29.7 percent on the 1,372 identified in the previous year, according to the latest statistics published on Tuesday by... END_OF_DOCUMENT_TOKEN_TO_BE_REPLACED