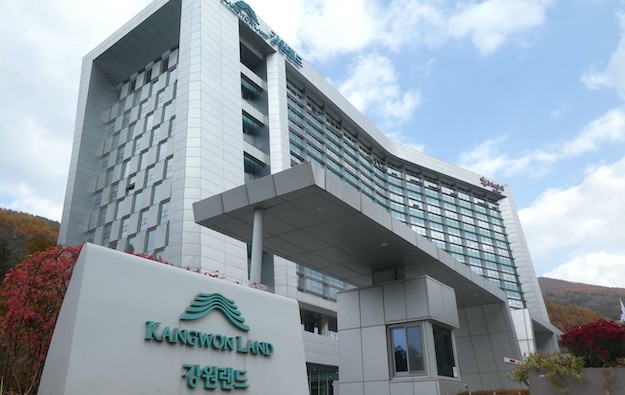 Kangwon Land Inc, operator of Kangwon Land, a resort housing the only casino in South Korea permitted to serve local players, reported sequential and year-on-year increase in quarterly net profit, according to a third-quarter filing to the Korea Exchange on Thursday.

The single-venue operator saw a net profit of nearly KRW74.70 billion (US$54 million) for the three months to September 30, far outpacing the third-quarter profitablity of foreigner-only casinos run respectively by Paradise Co Ltd, and by Grand Korea Leisure Co Ltd. Kangwon Land had reported net profit of KRW37.55 billion in the second quarter, and of KRW20.41 billion in third-quarter 2021.

The firm’s third-quarter sales reached KRW397.57 billion, up 27.6 percent sequentially, and an increase of 62.1 percent from a year earlier.

Gaming sales in the third quarter stood at KRW343.5 billion, up 61.3 percent from the prior-year period. Measured sequentially, third-quarter gaming sales rose 22.6 percent, according to investor relations materials issued on its website on Thursday.

Gross gaming revenue (GGR) for the quarter to September 30, rose by 60.6 percent year-on-year, to KRW378.8 billion. Of that, KRW170.7 billion came from mass gaming table play, and another KRW149.0 billion from slot machines. Both segments saw year-on-year growth that outpaced the overall increase in GGR, according to Kangwon Land’s financial updates.

The firm also saw year-on-year sales growth in most of its non-gaming segments for the third quarter, with its Water World facility doing best, according to the investor presentation. Much of the KRW54.1 billion in third-quarter non-gaming sales was from hotel operations, i.e., KRW32.3 billion.

During the reporting period, Kangwon Land recorded a tally of 659,941 visitors, up 159.6 percent year-on-year. Most of them were locals.

The decision by the Macau government to grant fresh 10-year licences to each of the city’s six incumbent casino operators has been welcome by top management at those firms. Each of the concessions... END_OF_DOCUMENT_TOKEN_TO_BE_REPLACED