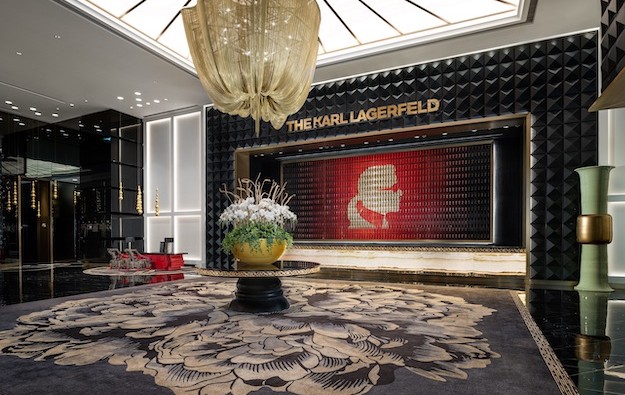 The resort’s promoter, SJM Holdings Ltd, had said in earlier commentary that The Karl Lagerfeld would have up to 270 guest rooms and suites in a “20-storey tower”.

Daisy Ho Chiu Fung, chairman of SJM Holdings, was cited in a Thursday press release – which described the hotel’s launch as a “soft opening” – as saying that the firm was “proud” to bring the hotel brand to Macau, adding Grand Lisboa Palace was the “first integrated resort to introduce a fashion hotel concept to our city’s hospitality scene”.

The accommodation is described as the first hotel ever designed by the late Mr Lagerfeld, one of the most recognised designers in the world, who had worked as a couturier for fashion brands including Chanel and Fendi. He died in February 2019 in Paris, France.

Macau’s casino gross gaming revenue (GGR) for the first five days of February is estimated at MOP1.9 billion (US$235.1 million) – or MOP380 million per day – a level that suggests a “45... END_OF_DOCUMENT_TOKEN_TO_BE_REPLACED