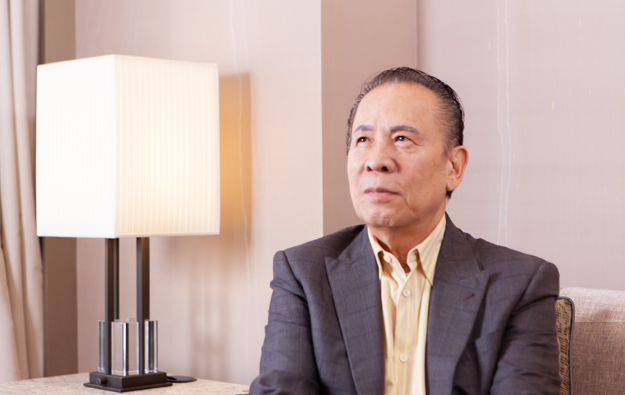 Philippine police arrested Japanese gaming entrepreneur Kazuo Okada (pictured in a file photo) on Monday at Manila’s airport when he landed after a flight from Japan. In a statement on Tuesday, Japan-based conglomerate Universal Entertainment Corp said Mr Okada was detained on allegations including “grave coercion” related to his physical takeover of the Okada Manila casino resort in the Philippine capital.

The Japanese businessman was able to post bail on the same day, according to a statement sent to GGRAsia by his communications team.

Mr Okada founded Universal Entertainment, and also Tiger Resort, Leisure and Entertainment Inc (TRLEI), the operator of Okada Manila, but was ousted from both entities in June 2017, accused of fraud. He has denied wrongdoing.

Tuesday’s statement from Universal Entertainment quoted Kenshi Asano, a member of the TRLEI board, as saying: “We are grateful to the Philippine authorities for their swift arrest of Kazuo Okada … We are optimistic that the intra-corporate dispute will soon be resolved by the Philippine courts.”

Universal Entertainment said in the release that Mr Okada and his representatives were “facing criminal charges for grave coercion,” related to a May 31 incident where supporters of Mr Okada physically took over the premises of Okada Manila.

In April this year, Mr Okada’s side was granted a “status quo ante” order by the Philippine Supreme Court, restoring the composition of the TRLEI board to how it was before he was ousted. His side cited that order as a justification for its May 31 takeover of Okada Manila.

Universal Entertainment had said in a September 4 statement that it had taken back physical control of Okada Manila, after the country’s gaming regulator ordered Mr Okada’s side to vacate the casino resort.

On September 7, the country’s Court of Appeals denied a petition filed by representatives of Mr Okada to regain control of the TRLEI board.

In the statement sent by Mr Okada’s side, the entrepreneur said he flew to the Philippines to “fight the grave coercion charges” filed by the country’s Department of Justice. The charges were filed against him, and three associates: Antonio Cojuangco, Dindo Espeleta and legal counsel Binky Herrera.

Mr Okada said in prepared remarks: “I insisted on coming back to the Philippines despite several warnings from my lawyers that I may be detained by the authorities. I came back to face this ‘grave coercion’ charge against me and my associates.”

The businessman said additionally that his side would not “back off from this legal battle,” until he is “able to prove” that he is “the rightful and beneficial owner of Okada Manila”.

He added: “I am confident that the legal process within the Philippine courts system will vindicate us in all the cases filed against me and my business associates.”

Mr Okada remains a member of the TRLEI board, as the “company complies” with the court order “pending the resolution of the intra-corporate dispute in the Supreme Court,” stated Universal Entertainment.

The parent’s announcement said that Branch 90 and Branch 91 of the Metropolitan Trial Court of Paranaque have separately scheduled initial hearings related to Mr Okada’s case, to be held between late October and early December.