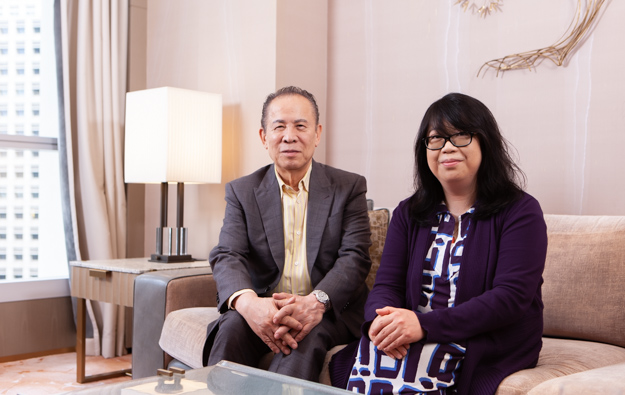 The lawyers of Japanese billionaire Kazuo Okada (pictured left) said his side would contest a recent decision of a Tokyo court that ruled as valid a 2017 agreement relating to a Hong Kong-registered company controlling a majority of Universal Entertainment Corp’s shares.

Under the agreement, Kazuo Okada’s daughter Hiromi Okada (pictured right) assented to vote her stock alongside that of her brother Tomohiro Okada, effectively giving Tomohiro control over the Universal Entertainment empire via the Hong Kong firm, Okada Holdings Ltd.

Tomohiro is estranged from his father, Kazuo Okada confirmed to GGRAsia in a wide-ranging interview last year.

Kazuo Okada’s lawyers issued a statement this week saying that the entrepreneur’s daughter planned to appeal the Tokyo court decision in favour of Tomohiro.

“Until the decision becomes final, the fight is not yet over, and Kazuo Okada remains in control of Universal Entertainment Corp,” the lawyers said.

Kazuo Okada has been engaged in legal moves in Hong Kong centring on efforts to assert control over Okada Holdings, a private Hong Kong-registered entity owning 68 percent of Universal Entertainment. The latter in turn controls Tiger Resort, Leisure and Entertainment Inc, the promoter of the Okada Manila casino resort in the Philippines.

A court in Tokyo confirmed in late January the validity of a share management and disposal trust agreement between Kazuo Okada’s two children, which in fact gave control of Okada Holdings to Tomohiro.

Hiromi – who has reconciled with her father – had sued to invalidate the trust agreement via Tokyo and Hong Kong courts. She has the right to appeal to the court of second instance in Tokyo, according to Kazuo Okada’s lawyers. If such appeal is not filed within the required timeframe, the judgment becomes final and binding. There is yet no publicly available information regarding the Hong Kong case.

South Korea on Thursday said it would from June 1 resume issuing short-term tourism visas for trips to the country’s mainland, for individual visitors and groups of tourists. Permits for... END_OF_DOCUMENT_TOKEN_TO_BE_REPLACED