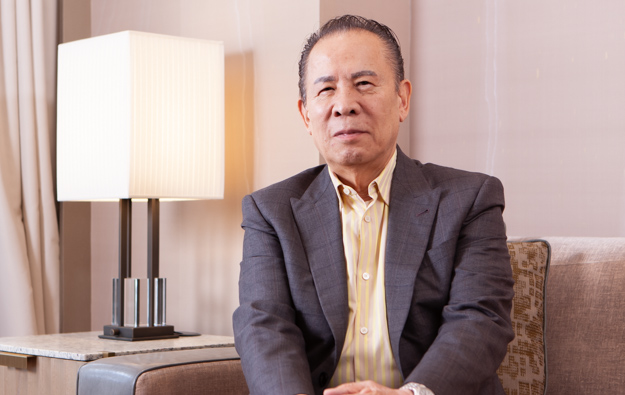 Japanese gaming entrepreneur Kazuo Okada (pictured in a file photo) has been ordered by a Tokyo court to pay nearly JPY21.3 million (about US$191,600) in damages to Universal Entertainment Corp, the conglomerate he founded but from which he was ousted in 2017.

The payment is said to be towards the cost of a special investigation launched by the group prior to his ousting, that decided he had engaged in “three acts of fraudulence” in relation to the company’s accounts regarding certain payments he ordered should be made by entities of the group.

The court’s judgement was dated February 13, and outlined in a filing by Universal Entertainment to Jasdaq, carrying Wednesday’s date. Mr Okada was also ordered to pay a 5-percent interest per year from December 29, 2017 on the JPY21.3-million award, “until the amount is paid in full,” according to the filing.

Mr Okada has denied any wrongdoing. The entrepreneur is also founder of the Aruze casino equipment brand and his name is emblazoned on a multimillion U.S. dollar casino resort – Okada Manila – that he founded and that is run by a Universal Entertainment subsidiary in the Philippine capital Manila.

It was not clear from Universal Entertainment’s summary of the judgement whether Mr Okada has the right of appeal against the court’s decision.

According to an unofficial English translation of the judgement made by the Tokyo District Court, the adjudication accepted that it was likely Mr Okada had “greatly contributed to the development of the plaintiff and its group”.

The court added: “Having said that, his violation of duties of care etc. as plaintiff’s director shall not be permitted, nor shall freely manipulating the huge assets of plaintiff or its subsidiaries etc., be permitted.”

The judgment noted: “This point never changes even considering that flexible management and operation of business… are necessary for the development of plaintiff’s business.”

Universal Entertainment’s summary of the judgement – drawn from a court document – outlined three instances where Mr Okada had been found by the court to have acted improperly.

They were in relation to: a HKD135-million (US$17.4 million) loan in 2015 from Tiger Resort Asia Ltd – an associate of Universal Entertainment – to a third party; issuance in 2015 of a HKD16 million cheque from Tiger Resort Asia to Mr Okada; and use by Mr Okada in 2014 of US$80 million – rightly belonging to a group subsidiary, Universal Entertainment Korea Co Ltd – for efforts toward a casino resort project in South Korea.

Macau recorded on Saturday (October 1) its highest daily total of visitor arrivals since the mid-June local Covid-19 outbreak, according to preliminary data released by the city’s police. The... END_OF_DOCUMENT_TOKEN_TO_BE_REPLACED