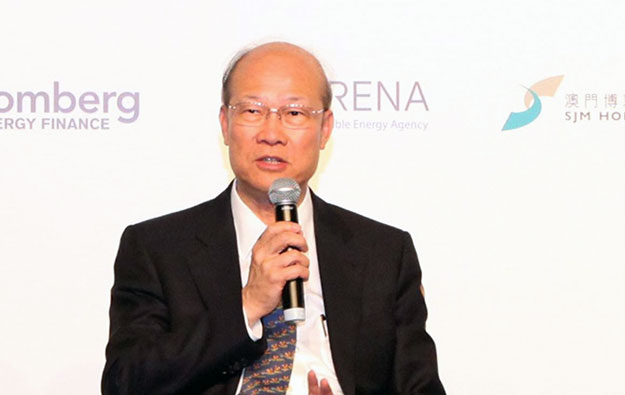 SJM Holdings Ltd’s chief executive, Ambrose So Shui Fai (pictured), has called on the competent authorities not to ban smoking lounges from casinos in Macau.

“Having smoking lounges inside casinos does not run contrary to the [government's proposed] total smoking ban,” the senior executive of the Macau gaming operator told reporters on Wednesday.

Quoted by local broadcaster TDM, Mr So added that keeping smoking lounges was “fair for smokers and also for non-smokers: smokers can go inside the smoking lounge and enjoy their smoking without affecting the non-smokers.”

The city’s Legislative Assembly is analysing a government proposal for the abolition of smoking lounges and a full smoking ban in VIP areas. Legislators approved the first reading of the bill on July 10.

Investment analysts have said removing mass floor smoking lounges could shave 10 percent from mass market gaming revenue, and a VIP room smoking ban as much as 15 percent from VIP revenue.

MGM China Holdings Ltd on Tuesday said that gaming revenue from main floor gaming operations in the first half of 2015 decreased by 18.6 percent in year-on-year terms, “directly attributable to the changed business conditions in the Macau gaming market such as the transit visa restriction and main floor smoking restriction introduced by the Macau government both of which became effective from the second half of 2014.”

In October 2014, the Macau government banned smoking from casino mass floors except inside smoking lounges. Before that, gaming operators were allowed to set up smoking areas with gaming tables and slot machines, covering up to half of the total casino gaming area in each venue.

SJM Holdings’ Mr So also confirmed that the firm’s first-half 2015 results, to be announced next week, would show a slower performance compared to the prior-year period. “As a general comment on the whole industry, I think everybody suffered the decrease more or less to the same extent,” he said.

MGM China on Tuesday announced a 44-percent year-on-year profit decrease in the first half of 2015. Wynn Macau Ltd posted a year-on-year decrease of 62.5 percent in profit for the second quarter, while net income for Sands China Ltd was down 37.3 percent in year-on-year terms for the three months ended June 30.

As for the remaining two Macau-licensed casino operators, Melco Crown Entertainment Ltd is scheduled to announce its second quarter results today. Galaxy Entertainment Ltd will release its first half results later this month.

The imminent return of package tours from mainland China will not only help boost Macau’s tourism businesses, but is also expected to help casinos gain more foot traffic in their mass gaming... END_OF_DOCUMENT_TOKEN_TO_BE_REPLACED