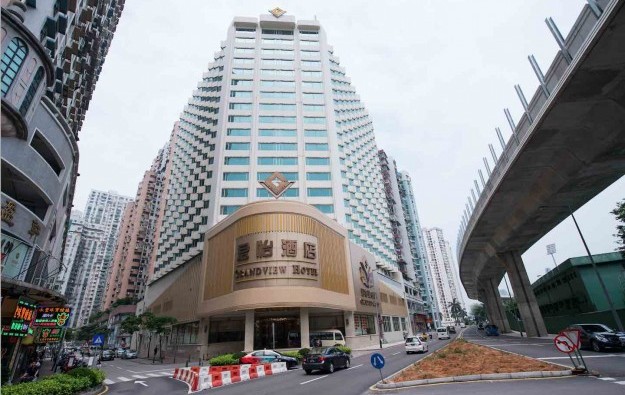 Gaming revenue for the full fiscal year declined to approximately HKD473.53 million, from HKD492.1 million in the year-prior period, the company said in a filing to the Hong Kong Stock Exchange on Friday.

The firm controls two Macau casino hotels – Casa Real on Macau peninsula and Grandview (pictured) on Taipa – that offer gaming under the licence of SJM Holdings Ltd. As of March 31, Kingston Financial had access to an aggregate of 64 mass-market tables and 12 tables in VIP rooms. Its casinos also had 277 slot machines and 140 “live baccarat machines” in the electronic gaming halls, according to the filing. The latter was understood to be a reference to electronic table products that also feature a human attendant to deal the cards.

Kingston Financial said growth in the Macau gaming market as a whole had seen “restored momentum” in the reporting period, helped by “opening of new hotels and diversifications of casino operations”. But the company also said it had faced “strong competition” in the gaming business.

Aside from gaming and hospitality services in Macau, Kingston Financial is principally enaged in the provision of financial services, including securities brokerage, underwriting and share placements, as well as financing for margin trades and organisation of initial public offerings. Revenue from the gaming business segment accounted for approximately 15 percent of the HKD3.09-billion revenue recorded by the group in the year ended March 31, said Kingston Financial.

Group-wide net profit for the period judged across all segments decreased by about 9 percent year-on-year to HKD1.35 billion, mainly “due to an impairment loss on advances to customers in margin financing of approximately HKD430.57 million” recognised during the year.

Package tours from mainland China to Macau will resume from Monday, February 6, confirmed Macau’s Secretary for Economy and Finance, Lei Wai Nong, in a Friday press conference. The return of... END_OF_DOCUMENT_TOKEN_TO_BE_REPLACED