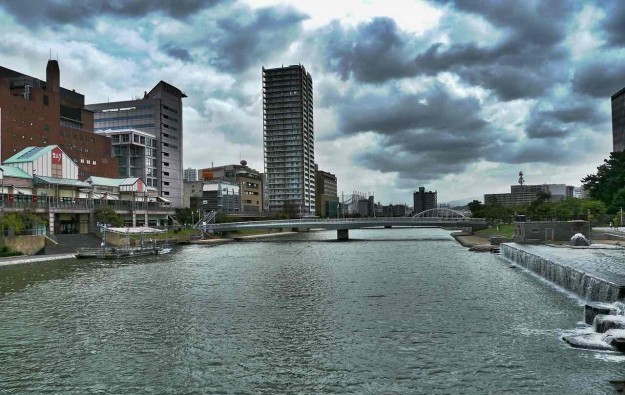 The mayor of Kitakyushu, an ordinance-level city in Japan’s Kyushu region, said on Thursday that his administration had decided not to pursue a casino resort project in the current round of liberalisation, despite having attracted three sets of private-sector suitors.

They were: lack of a suitable site; the high risk involved with such type of project because of the large-scale facilities required by the Japanese national government; insufficient local support for a casino complex or integrated resort (IR) as such schemes are known in Japan; and insufficient time to make an application to the national government, which has indicated a tentative timetable running from early January, 2021 to July 30 that year for such submissions.

A maximum of three casino resorts will be permitted nationally in the first phase of liberalisation.

Although the absence of a suitable site was mentioned, a number of media reports had indicated previously that several of the private-sector groups were interested in having such a resort near to the Japan Railways Group’s Kokura station, located on the northern side of Kitakyushu near to a dockland district.

A minimum capital investment of JPY440 billion (US$4 billion) had been mentioned by interested private-sector groups, according to a Thursday report by the Nikkei news outlet. The report did not clarify if that figure excluded or included any land acquisition costs.

The three private-sector suitors for Kitakyushu (pictured) were said to represent in aggregate interests from the United States, Macau and Hong Kong. Included in the mix were fund investors and also gaming operators.

Public opinion across Japan regarding IRs seems to be divided, and the case for the liberalisation policy has been put under fresh pressure recently from opposition lawmakers because of alleged bribery in relation to some lobbying for such facilities.

Mr Kitahashi had been consistently mentioning his city as a possible candidate for an IR, although he personally had reportedly declared neutrality on the issue. Kitakyushu’s name had been publicised despite the fact that Sasebo city in Nagasaki prefecture was the preferred candidate location agreed among the local governments of the Kyushu region.

Kitakyushu is 66 kilometres (41 miles) from Fukuoka Airport, one of the region’s main air hubs.

On January 10 a spokesman for Nagasaki prefecture confirmed to GGRAsia that it had – by the time of a deadline that day – received a total of three submissions under its own request-for-concept process regarding a possible casino resort at the Huis Ten Bosch theme park site in Sasebo city.

The national government is yet to announce its finalised “basic policy” on IR liberalisation.

Paradise Co Ltd, an operator of foreigner-only casinos in South Korea, reported casino revenue of nearly KRW48.65 billion (US$39.8 million) for January 2023, according to a Thursday filing to the... END_OF_DOCUMENT_TOKEN_TO_BE_REPLACED