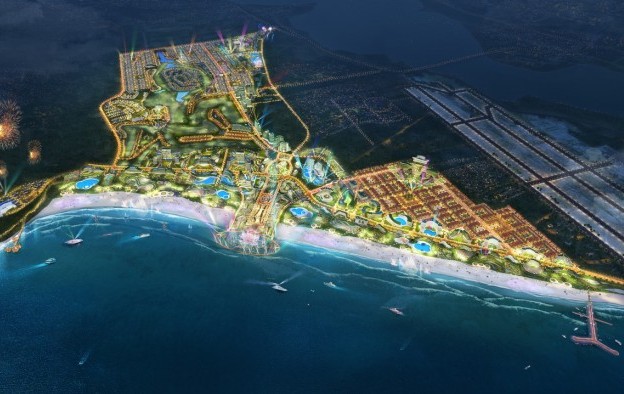 In Tuesday’s release issued on behalf of KN Cam Ranh Co, the firm stated its “formal intention” to develop a partnership with an international casino operator.

The statement said the investment certificate approved by the Vietnamese government allowed the company to develop a casino complex with an aggregate area of 16.2 hectares (40.0 acres). The gaming venue can offer 200 gaming tables and 2,000 electronic gaming machines, according to the document.

The release quoted KN Paradise Cam Ranh’s investment deputy-general director as saying: “It is with great enthusiasm that we are adequately ready to cooperate with the international casino gaming operators for the development and operation of our integrated resort in Cam Ranh. Undeniably, our strategic location and development plan will create an indispensable addition to the Pan-Asia integrated resort marketplace.”

The Vietnam government requests a minimum capital commitment of US$2 billion – according to a relevant government decree issued in 2017 – for investment in major casino projects; the sort of schemes that in theory might be eligible to take part in a pilot scheme allowing economically-qualified locals to gamble. At least US$1 billion has to be invested before the casino is allowed to open, stated the government’s decree.

Tuesday’s release on behalf of KN Cam Ranh Co did not mention the project’s aggregate investment nor the expected opening date for the casino complex. The document also did not state if the resort would be able to cater for local gamblers as envisaged for some casino schemes under the trial project by the Vietnam government.

The KN Paradise Cam Ranh beach resort (pictured in an artist’s rendering) is located in Cam Ranh city, in Khanh Hoa province, the south-central coast region of Vietnam. It is said to be fewer than five minutes by road from the Cam Ranh International Airport, the main air hub serving Vietnam’s Nha Trang area.

Another new gaming complex in Vietnam – the Corona Resort and Casino, on Phu Quoc island – is reported to have been the first and so far only casino property in the country to be allowed to offer gambling services to economically-qualified locals. The casino at that site opened in January 2019.