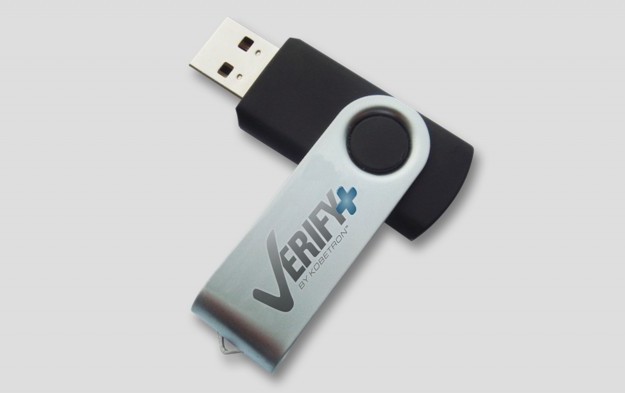 Kobetron LLC, a developer and provider of test equipment to the regulated gaming industry, has announced the release of its new signature verification tool, called Verify+ by Kobetron (pictured).

Verify+ can be used on a ‘plug and play’ basis via a computer’s USB (Universal Serial Bus) port. The new product “puts virtually every new signature method and feature at the user’s fingertips, empowering them to maximise compliance and efficiencies,” the company said in a press release.

“Instead of worrying about checking devices against a multitude of signature methods, Verify+ by Kobetron will help regulators, operators and suppliers streamline operations, save time, save money and increase compliance by putting nearly every signature method all in one place,” Kobetron president Greg Kobe said in a statement.

Kobetron says Verify+ contains all of the function capability of the previous versions and is “backward compatible” to older versions of its verification software. It also supports all verification from other test labs, whether independently-run or government-run, the company said.

GLI president and chief executive James Maida described collaboration on the new product as “best for the industry”.

“At GLI we recognise that GLI’s core competency and expertise is in testing, and that we developed GLI Verify as a signature tool to accommodate the needs of our clients,” Mr Maida said.

He continued: “This partnership with Kobetron has allowed GLI to further maintain its independence as a test lab by partnering with a third-party company and the foremost expert on developing verification applications.”