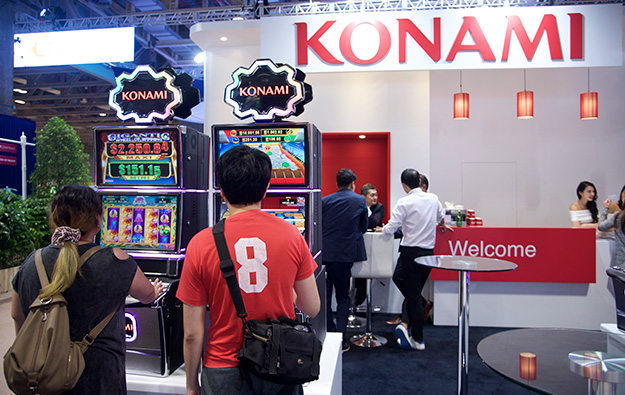 Net profit at Japanese entertainment industry conglomerate Konami Holdings Inc rose 40.6 percent in the first half fiscal 2018 ending September 30, on revenue up nearly 14 percent, it said in filings to the Tokyo Stock Exchange on Tuesday.

The group said this was due to a decrease in the installation of new slot machines as a result of a limited number of new venues opening, and the fact that installation of elements of some casino management systems had been postponed until “the second half of this fiscal year”.

Nonetheless group earnings per share rose 40.6 percent in the first half, to JPY127.04, compared to JPY90.33 in the prior-year period.

The company noted Concerto products were part of a roster of premium products and games available via so-called participation agreements, where profits are shared between supplier and casino operator.

The group also installed its Synkros casino management system in cruise ships and casinos in the North American market. It said it had “performed well”. Last year the Synkros system was introduced in 18 ships operated by Norwegian Cruise Line Holdings Ltd.

The firm also highlighted in its results that it had announced new products for Global Gaming Expo 2017 – a casino industry trade show in Las Vegas in the United States held in October, outside the reporting period – including a so-called skill-based slot machine called “Beat Square”; the multi-station gaming machine “Crystal Cyclone”; and a large-format slot machine named “Concerto Opus”.

“As the casino market worldwide continues to see its spread supported by the development and opening of new casino facilities and integrated resorts (IR) including casinos, the gaming market continues to grow further,” noted Konami Holdings in commentary in its first half results.

The group said the introduction of regulations – in U.S. markets including Nevada – for skill-based slot machine games – where typically a percentage of aggregate return to player is reserved for a skill element within the game – was a “countermeasure against young people’s lack of interest in gaming slot machines”.

The firm further stated in relation to gaming and systems: “We also focused on sales of the long‐selling ‘Podium’ [cabinet] series, which has a richly diverse product line-up and continues to receive favourable reviews in the Central and South American, African and Asian markets.”