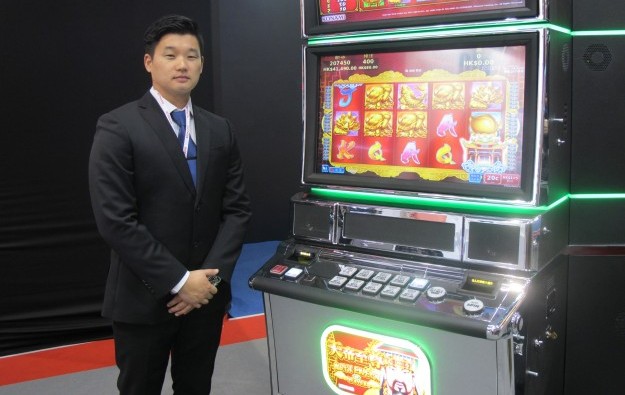 The first Konami-branded casino slot machine games specially themed for the Asian market are now coming to casino floors across the region, following a strategy implemented in 2012. Charles Seo (pictured), product and marketing manager for Konami Australia Pty Ltd, says that so far the response from operators and players has been “very positive”.

“We are looking at games that are now specific for the region, whether it be mathematic models, graphics or sound,” Mr Seo told GGRAsia during the Global Gaming Expo (G2E) Asia trade show.

Mr Seo added: “Konami is really strong in the U.S., plus Australia and New Zealand. It makes sense for us to continue that success in Asia. Is it [sales growth] going to happen overnight? It’s not. It is going to be a long process and we need to build up a comfortable market confidence in our products.”

He said the company now has a handful of products specific to Asia which Konami feels it will give the firm “a good foundation to start penetrating the Asian market.”

The firm’s original plans envisioned 2014 as a turning point for its presence in the region, with the release of its new generation Asian-themed products. But the introduction of new technical standards for electronic gaming machines in Singapore and Macau meant Konami had to face some speed bumps.

The firm has also recently reorganised its management structure in Asia. Macau and Singapore have been grouped with the Philippines, Malaysia and other smaller Asian jurisdictions, and are no longer managed separately from Singapore. These markets now fall under the Sydney offices of Konami Australia, a subsidiary of Japanese entertainment conglomerate Konami Corp.

Konami’s best market in Asia currently is the Philippines. Konami has products in the two casino properties already opened in Entertainment City, near Manila, and in other smaller properties across the country, according to Mr Seo.

“Our presence is very strong in the Philippines,” he said. “We just hope to replicate that in the other Asian markets.”

‘Brothers of Fortune’, a four-level, symbol-driven progressive link, is one of Konami’s new products geared toward the Asian market. “Unlike other products in the market where [games are] link-specific, you can play any Konami game under the link,” said Mr Seo.

The product is currently approved both in the Philippines and Malaysia. It went live in those markets earlier this year. Konami is still waiting for it to be approved in Macau.

“Brothers of Fortune is doing really well” in the markets where it is already available, said the Konami representative, adding that “it is probably among the top three links in those regions.”

Mr Seo added Konami has “plenty of games and innovative things in the pipeline” for the Asian market. They would be released over the next 12 months, he said.

“This is just a glimpse of what is coming – the depth and breadth of our portfolio is growing,” stated Mr Seo.

Macau’s six casino operators have welcomed “the timely unveiling” of key aspects of a bill proposing a new regulatory system for gaming that will shape how the industry looks for years ahead.... END_OF_DOCUMENT_TOKEN_TO_BE_REPLACED