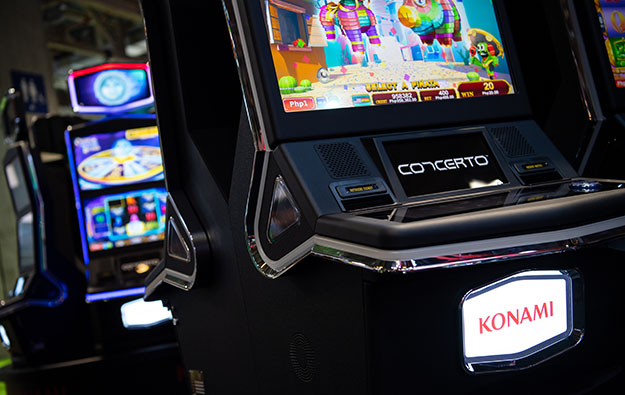 Japanese conglomerate Konami Corp reported revenue of approximately JPY262.5 billion (US$2.39 billion) for the 12 months ended March 31, 2019, up 9.6 percent from the previous year. The company said the improvement in its results was due to a strong performance in most of its divisions, including the gaming and systems segment.

Group-wide net income for the period jumped 12.1 percent year-on-year to nearly JPY34.2 billion, according to a Thursday press release.

The group’s gaming and systems division reported net revenue of approximately JPY31.2 billion for the fiscal year ended March 31, up 5.2 percent in comparison with the previous year. Segment profit rose by 8.2 percent year-on-year to just above JPY4.7 billion, the group said in its release.

“The sales of the latest cabinet in the Concerto series, including Concerto Crescent and Concerto Stack, as well as Concerto Opus … continued to perform strongly,” said the company.

Konami said that during the reporting period it had “enhanced” its product range by introducing a new upright cabinet, called KX 43. “We also promoted market revitalisation by providing new entertainment with the installation of Fortune Cup mainly in the North America and Asia,” it added.

According to a March press release from a gaming machine distributor, Konami’s horse racing machine “Fortune Cup” was already operating in “two of the most prominent casinos” in Macau.

In the gaming segment, Konami operates outside Japan via Konami Australia Pty Ltd and U.S.-based Konami Gaming Inc. The Japanese conglomerate is also involved in the Japan-focused pachinko game segment, digital entertainment – including video games and mobile games – and sports.

In its Thursday release, Konami said it would “continue to make efforts” to improve slot-machine sales, focusing on the Concerto series and on expanding the installation of the KX 43 cabinet.

“We continue to focus on developing new products and services by leveraging our expertise and technology accumulated through Konami Group’s amusement machines to boost our market presence,” said the company.

A dividend of JPY65.50 per share was declared as a year-end dividend for the 12 months to March 31. Including the previously announced interim dividend, the company paid a total annual dividend of JPY126 per share, up 85.3 percent from the previous fiscal year.

On Thursday, the gaming manufacturer also released a business performance forecast for its fiscal year ending March 31, 2020. The company said it expected group-wide revenue of JPY270 billion, up 2.2 percent year-on-year, and net profit of JPY30 billion, down 12.3 percent. The profit was expected to be negatively affected by a one-off expense of JPY5.0 billion related to relocating part of its business to a new building.

In the slot division, the group said it expected revenue of JPY34 billion, up 9.1 percent, with operating profit for the segment increasing 16.6 percent to JPY5.5 billion.

The Macau government is willing to keep the current ‘status quo’ in terms of cross-shareholding in gaming operators, scrapping a previous proposal that would prevent any shareholder with a stake... END_OF_DOCUMENT_TOKEN_TO_BE_REPLACED