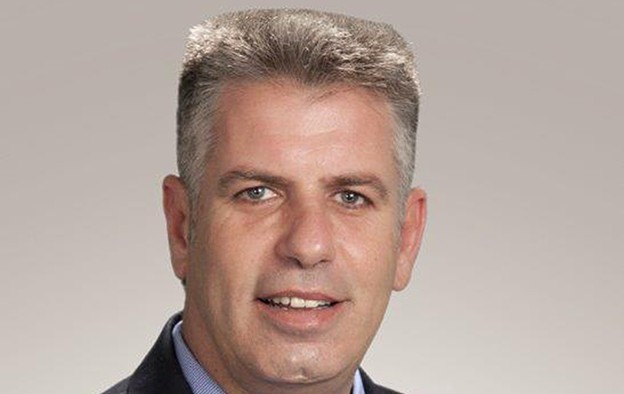 Konami Gaming Inc has big plans for Asia. The company is investing heavily in games with an Asian appeal and expects to start reaping the benefits as soon as next year.

The firm’s original plans envisioned 2014 as a turning point for its presence in the Macau and Singapore markets. But the introduction of new technical standards for electronic gaming machines in both jurisdictions caught the company by surprise.

“Our focus on top of the Asian games we are releasing for these markets is to have them approved on the latest regulations,” said John Gomes (pictured), general manager of Konami Gaming’s branch office in Singapore. He also oversees the Macau market.

Mr Gomes told GGRAsia that Konami Gaming expects to have some of the products approved under the new standards by the end of the year, both in Singapore and Macau. The timing falls in line with the 2015 openings of casino resort Studio City and the second phase of Galaxy Macau, both on Cotai, Macau’s answer to the Las Vegas Strip.

“We have games that we are already releasing because of timing. We are releasing them on 1.0 for the Macau market and will later import them across to a 1.1 standard,” Mr Gomes explained.

Despite the speed bump of a standard upgrade, he said Konami Gaming’s overall strategy for the Asian market remains unchanged. “We do feel confident that we are in the right direction, positioning ourselves really strong for 2015,” he said.

“A lot of the trial criteria in Macau are ‘your product needs to make above house average’. Our focus is really how to compete for top position,” Mr Gomes told us.

The new games by Konami Gaming follow a set of guiding principles that the firm’s research and development team compiled for Asia. One is to entice players to bet up – making games more profitable – by offering them something to chase after.

“What you are offering has to be achievable and the frequency has to be there, otherwise people will not chase it,” he said. “It will be something that is there, they know about it, but don’t believe it is going to happen that often.” 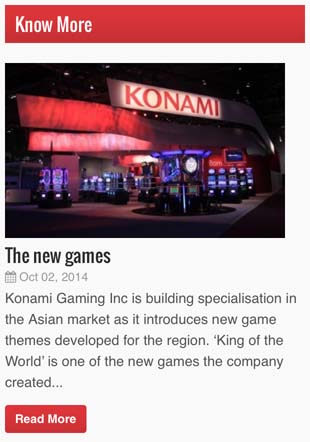 Konami Gaming’s new games also include features to increase player engagement by giving punters a say on the game action.

“We believe that in Macau and Singapore, players are used to selecting their own luck,” Mr Gomes pointed out. “We changed the games so that the players feel they are in control of their destiny.”

Konami Gaming revised its strategy for Asia in 2012. The change kicked off with the establishment of the Singapore branch in September 2012 and the hiring of Mr Gomes, an industry veteran. That was followed by a strong investment in research and development.

One of the first tailor-made products for the Asian market was the game ‘Rising Dragon’ for the Rapid Revolver cabinet, released in 2013.

“It has been a learning curve for us, but a good learning curve,” Mr Gomes said. “We had to correct some things, fix others and make some tweaks, but we do have a game that we believe is in a sound position for the Asian market.”

Mr Gomes explained that developing a game that appeals to an Asian audience is easier said than done.

“Creating an Asian game is not just about the graphics or the mathematics. It is a whole package that also has to do with sound, theming, the hit frequency of the game, the multipliers and the bonus.”

He added: “Part of our strategy is utilising the same standalone games in the progressive links to get footprint across the floor and gain traction.”

Mr Gomes pointed out that having Asian-themed games is especially important for Macau casinos.

“Macau is really a dedicated Asian product market, whereby in Singapore we have U.S. games doing really well, achieving top results. It is not as demanding on Asian-specific games as what Macau is. Having said that, all Macau-specific games do well in the Singapore market.”

Konami Gaming is also eyeing to expand its footprint in Asia on the casino systems segment.

“We are currently in negotiations with one of the main operators around the world [with properties in Asia] regarding our Synkros system product. We believe that we will be able to make some announcement on that in the next six months,” Mr Gomes said.

The company is one of the few large international casino suppliers not involved in the merger and acquisition trend that recently stormed the sector.

“Our competitors have got bigger and consolidated, but I believe Konami has got a solid plan… to be able to come into the Macau market and get the operators to pay attention to our products,” Mr Gomes said. “That is only going to be achieved through results.”

The imminent return of package tours from mainland China will not only help boost Macau’s tourism businesses, but is also expected to help casinos gain more foot traffic in their mass gaming... END_OF_DOCUMENT_TOKEN_TO_BE_REPLACED