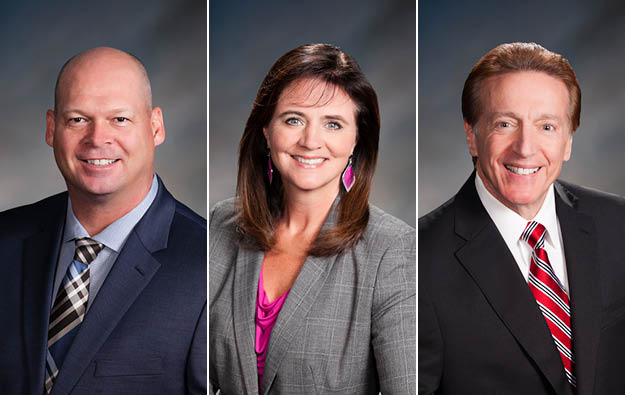 Casino equipment supplier Konami Gaming Inc announced on Wednesday the appointment of three new senior executives. The move was “in support of continued growth and expansion across key operational areas,” the firm stated in a press release.

In addition, Konami Gaming also announced the hiring of Anthony Bocuzzo (pictured right) as senior director for manufacturing and logistics. He will take on a leadership role in the firm on various fields, including “games and systems purchasing, inventory, shipping/receiving and production,” according to Wednesday’s release.

“The recently promoted personnel continually demonstrate an in-depth working knowledge of our industry and … the strong character we expect of our leadership team. Each has shown an exceptional level of innovation, commitment, and achievement that extends beyond our business to help shape the future of the broader gaming sector,” said Steve Sutherland, president and chief executive at Konami Gaming, in a statement included in the release.

“As a leading supplier, Konami is focused on the long-term success of its customers and employees in the global markets we serve. It’s what helps shape our decision making thorough every area of the organisation,” he added.

The Macau government announced on Tuesday tightening of its Covid-19 testing requirements for front-line casino staff, halving the interval between nucleic acid tests to every two days, from every... END_OF_DOCUMENT_TOKEN_TO_BE_REPLACED