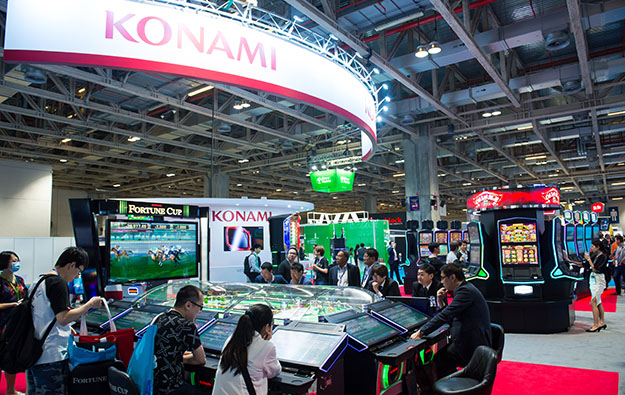 The company said that in the three months to December 31 it expanded the sales of their Concerto video game cabinet in the North American market and focused on sales of the Podium cabinet series. The firm said additionally that the Synkros casino management system was performing well and was being steadily introduced into casinos in the U.S. and cruise ships in service overseas.

On Wednesday, Konami said it sees more opportunities in the gaming business, including the legalisation of skill-based slot machines in some U.S. states serviced as “a countermeasure against young people’s lack of interest in gaming slot machines”.

The president and chief executive of Konami Gaming, Steve Sutherland, told GGRAsia in an interview last year that the millennial player segment is one of the areas that the group is keen to explore in order to promote business growth.

Group wide, Konami reported revenue of approximately JPY178.7 billion for the nine months ended December 31, an increase of 9 percent year-on-year. Net income for the period rose by 26.1 percent compared to the prior-year period to JPY26.0 billion.

In a separated press release, U.S.-based Konami Gaming announced the release of its “Fortune Cup” game for the U.S. and Canada markets. The product combines a traditional horse racing-themed mechanical game with digital betting stations.

Tom Jingoli, Konami Gaming’s executive vice president and chief commercial officer, said in a statement that the newly released horse-racing game was “designed to provide new entertainment options to players and appeal to a broad audience”.