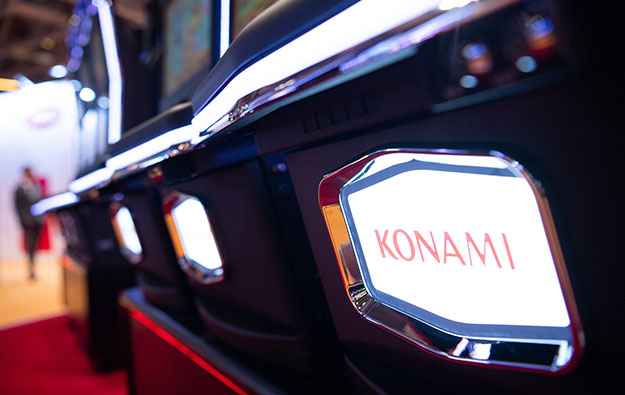 Konami Holdings Corp reported on Thursday a segmental loss for its gaming and systems division in the three months ended June 30. Such loss was JPY925 million (US$8.8 million), compared to a profit of JPY159 million a year earlier.

The performance was on segmental revenue that declined 56.4 percent in the reporting period, to JPY2.98 billion, the company added.

Konami Holdings said the lacklustre performance at its gaming and systems division was linked to Covid-19 and related disruption caused to casino business around the world.

“Measures were taken by governments of various nations in response to the coronavirus outbreak,” the firm said in a presentation. “With closures of casino facilities worldwide (with exceptions in some areas) since mid-March,” the gaming sector had been “forced to suspend most of its operations,” noted the firm.

The Japanese conglomerate added there had been a gradual resumption of casino business starting from “late May”. But it added that “market recovery will take more time”.

Despite the challenging environment, Konami Holdings said it had been able to introduce its Synkros casino management system to “major casino operators” in North America and Oceania during the April to June period. In addition, the firm said it had closed new contracts for Synkros and launched a new gaming machine cabinet, called Dimension 27.

Konami said it expected the Covid-19 pandemic would continue to affect negatively its performance. The firm said the overall business situation remained “uncertain”, as it was not possible to forecast when would the pandemic be brought under control; when international travel restrictions would be eased; and when casino facilities would be allowed to resume normal operations.

Group profit for the three months ended June 30 fell sharply – by 42.4 percent – to just over JPY4.19 billion, from JPY7.28 billion a year earlier. Group consolidated revenue for the period declined by 6.3 percent to just below JPY52.89 billion.

Konami Holdings said the temporary closure of amusement facilities worldwide, and of sports clubs in Japan, had hurt its results. The firm recognised a “Covid-19-related loss” of JPY5.6 billion under its ‘other expenses’ item, mainly linked to fixed costs related with its sports clubs in Japan.

Konami Holdings however reported a jump of 36.0 percent in revenue for the period from its digital entertainment division: the latter is engaged in the production and sale of mobile games and computer and video games.

A Macau court was offered evidence on Monday, including of recordings from police-wiretapped telephone conversation, that the prosecution says proves the direct involvement of Levo Chan Weng Lin... END_OF_DOCUMENT_TOKEN_TO_BE_REPLACED