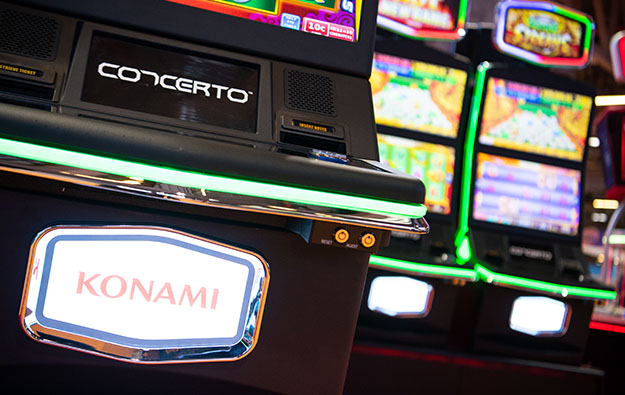 Konami Holdings Corp reported on Thursday a segmental loss for its gaming and systems division in the six months ended September 30. Such loss was JPY1.24 billion (US$11.8 million), compared to a profit of JPY1.65 billion a year earlier.

The performance was on segmental revenue that declined 51.9 percent in the reporting period, to JPY7.15 billion, the company added.

Konami Holdings said the lacklustre performance at its gaming and systems division was linked to Covid-19 and related disruption caused to gaming business around the world, including temporary casino shutdowns in a number of jurisdictions starting from mid-March.

“Although business gradually resumed from the end of May, it will take time for the market to fully recover” from the current “severe business environment” due to “business restrictions and continued travel restrictions,” noted the firm.

Despite the challenging environment, Konami Holdings said it had been able to introduce its Synkros casino management system to “major casino operators” in North America and Australia during the April to September period. In addition, the firm said it had launched two new gaming machine cabinets, called respectively Dimension 27 and Dimension 49J – the later featuring a ‘J’ curve display.

The firm said it recognised revenue for the period related to the sale of slot machine units, including in its core KX 43 upright cabinet model and in its Concerto series. It also realised revenue from participation agreements, in which profits are shared with casino operators.

Konami Holdings said it expected the Covid-19 pandemic would continue to affect negatively its performance, namely until the public health crisis came under control and restrictions on international travel and operation of casino facilities were fully lifted, in order for business conditions and number of visitors at casinos to show signs of recovery.

Konami Holdings said the temporary closure of amusement facilities worldwide, and of sports clubs in Japan, had hurt its results. But the firm’s performance was helped by a jump in revenue for the period from its digital entertainment division: the latter is engaged in the production and sale of mobile games and computer and video games.

Macau’s casino gross gaming revenue (GGR) for the first five days of February is estimated at MOP1.9 billion (US$235.1 million) – or MOP380 million per day – a level that suggests a “45... END_OF_DOCUMENT_TOKEN_TO_BE_REPLACED