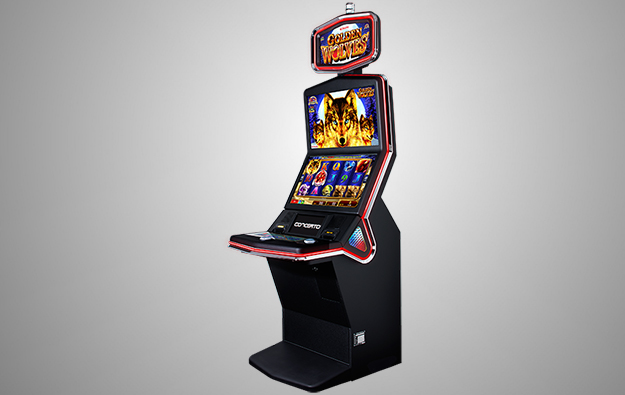 Gaming supplier Konami Gaming Inc announced on Thursday the release of its new Concerto Slant video slot machine, which will be available in markets across North America and overseas.

Konami’s new slant version of Concerto carries dual 27-inch high-definition game screens, consistent with the original video upright version, but with a lower profile and a new angle posture, designed to increase player comfort and convenience, the company said in a press release.

The company says Concerto Slant is designed to optimise the relaxed-angle posture, including an easy-reach centre spin button combined with the firm’s new touchscreen button panel.

“For years slant machines have been an industry staple and a sought-after favourite for players worldwide, so with our release of the new Concerto Slant we sought to provide operators the utmost value through flexible configuration options, quality reliable hardware, and a robust library of compatible base games and progressives,” said Steve Walther, senior director of marketing and product management at Konami Gaming, in a statement.

Konami Gaming had announced in August that it would be expanding its Concerto video slot product range. The firm said then that the new line-up would include slot machines offering a multi-game version and new display formats, including slant screen, curved single screen and flat single screen.

A plan to cap the number of gaming chips in circulation in the Macau market is to ensure industry liquidity in the event depositors seek to withdraw funds en masse, say several industry experts... END_OF_DOCUMENT_TOKEN_TO_BE_REPLACED