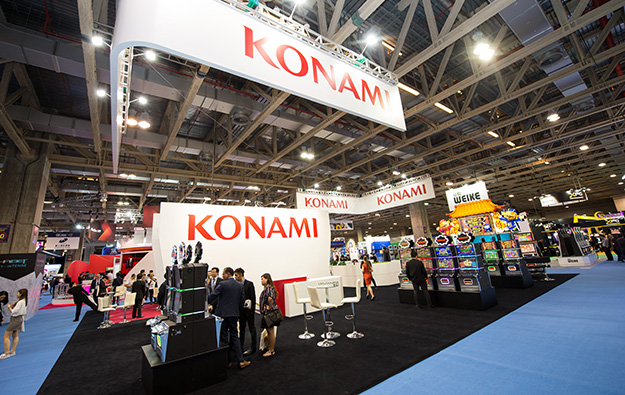 Konami Holdings Corp’s gaming and systems division reported revenue of JPY6.8 billion (US$65.5 million) for the second quarter of 2016, down by 0.8 percent in comparison with the prior-year period.

Profit for the segment was up 16.3 percent, to JPY740 million, Konami said in an announcement made available on its corporate website on Friday.

“For the three months ended June 30, 2016, although this [segment] was strong mainly in the North American market, sales decreased due to the effect of exchange rate changes [impacted] by the rising yen,” Konami said.

The firm added: “In the Asian and Oceanian market, we developed a richly diverse product line-up, including the new cabinet Concerto and the Podium series. The products enjoyed strong sales in the Asian market, especially in the Philippines.”

The firm stated Concerto and Podium also recorded “strong sales” in the North America and Australia markets during the period between April and June.

Konami also highlighted a positive performance in sales of casino management system Synkros during the second quarter, including new deployments in cruise ship casinos. The firm announced last month Synkros had been selected by international cruise operator Norwegian Cruise Line Holdings Ltd to equip the latter’s fleet, including a total of 18 vessels.

Group wide, Konami reported revenue of JPY49.4 billion for the second quarter of 2016, down by 3.5 percent in year-on-year terms. Profit jumped 35.8 percent year-on-year to JPY5.8 billion.

Besides casino slot gaming, the Japanese conglomerate is also involved in: the Japan-focused pachinko game segment; digital entertainment, including video games and mobile games; and health and fitness.

The imminent return of package tours from mainland China will not only help boost Macau’s tourism businesses, but is also expected to help casinos gain more foot traffic in their mass gaming... END_OF_DOCUMENT_TOKEN_TO_BE_REPLACED