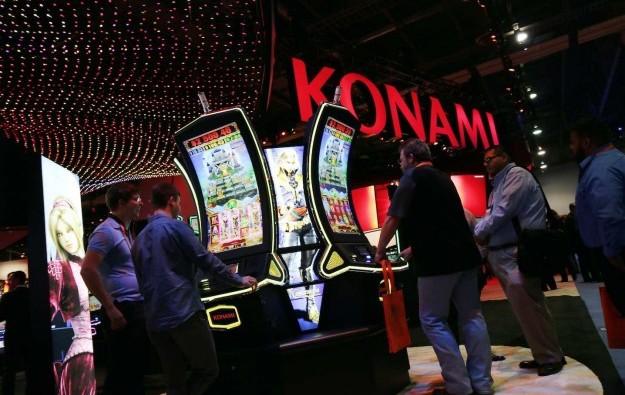 Konami Corp’s gaming and systems division reported net revenue of approximately JPY29.6 billion (US$271.0 million) for the 12 months ended March 31, 2018, down 5.2 percent in comparison with the previous year. Operating income for the segment fell 10 percent year-on-year to nearly JPY4.4 billion, the Japanese conglomerate said in a press release on Thursday.

The firm said that during the reporting period it expanded installations of its Concerto video slot product line in the North American market, with positive performances of its new Concerto Crescent and Concerto Stack cabinets.

“We also focused on sales of the long-selling Podium series, which has a richly diverse product line-up and continues to receive favourable reviews in the Central and South American, African and Asian markets,” said Konami.

The Japanese conglomerate said additionally that it would continue to make efforts to promote its Concerto Opus product, the firm’s latest cabinet. “In addition, we intend to focus on [other] products, including introduction of multi-station machines, such as Fortune Cup, a horserace betting station with a model track, and Crystal Cyclone, a ball-drawing game, and installation of features that reflect player skill levels,” stated the company.

It added: “We continue to make efforts to enhance product appeal, including actively expansion of the sales and the development of new functions.”

On Thursday, the gaming manufacturer also released a business performance forecast for its fiscal year ending March 31, 2019. The company said it expected group-wide revenue of JPY250 billion, up 4.4 percent year-on-year, and net profit of JPY32 billion, an increase of 4.9 percent.

Konami also said it intends to award commemorative dividends in the amount of JPY50 per share for the year ending March 31, 2019, “to celebrate the 50th anniversary of its founding”.

Macau is to create distinct zones on its casino floors and designated gambling chips that will be solely for the use of players from overseas. The moves will be part of a new gaming tax system to... END_OF_DOCUMENT_TOKEN_TO_BE_REPLACED