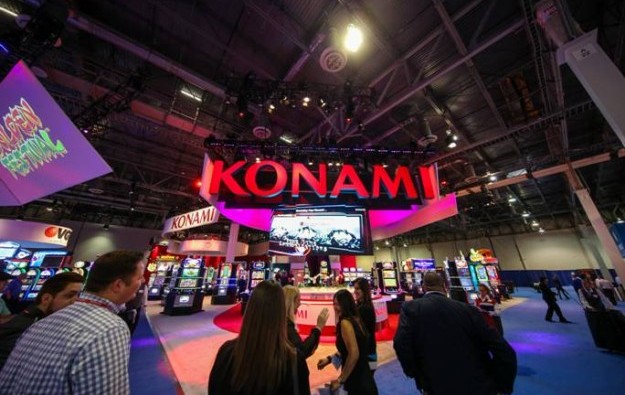 Konami Holdings Corp’s gaming and systems division reported net revenue of JPY15 billion (US$124.2 million) for the six months ended September 30, up by 9.8 percent from a year earlier. The firm said product sales in the period “were strong” in Malaysia and the Philippines, as well as in the North American and Australian markets.

Consolidated operating income for the segment however fell 13.9 percent year-on-year to JPY1.7 billion, the Japanese conglomerate said on Friday.

The firm stated operating expenses in the gaming and systems division rose “due to increases in product approval fees, product development costs … from expansion of the product line-up in the North American and Australian market[s]”.

“Sales of the Podium video slot machine and the Synkros casino management system continued to be strong, mainly in the U.S. and Australian markets,” the parent firm said in Friday’s statement.

“In the Oceania market, we continued to roll out a richly diverse product line-up, including Podium Stack of the Podium series. In the Malaysian market and the fastest-growing market of the Philippines, product sales were strong,” it added.

In Friday’s statement, Konami said it completed the construction of a second factory for casino gaming devices in Las Vegas, Nevada, in September. “We intend to respond to expanding worldwide demand of gaming machines and casino management systems by strengthening development and manufacture capability,” it stated.

Group wide, Konami reported revenue of JPY107.7 billion for the six months ended September 30, up by 9.1 percent from the prior-year period. Net income doubled from a year earlier to JPY7.8 billion, the firm said.

A dividend of JPY10.50 per share was approved as an interim dividend for the fiscal year ending March 31, 2016. The dividend is payable on November 20 to shareholders of record on September 30.

Konami in April delisted from the New York Stock Exchange, saying the listing was “not economically justified”. The company maintains its listings on the Tokyo Stock Exchange and the London Stock Exchange.

Macau’s casino gross gaming revenue (GGR) for the first five days of February is estimated at MOP1.9 billion (US$235.1 million) – or MOP380 million per day – a level that suggests a “45... END_OF_DOCUMENT_TOKEN_TO_BE_REPLACED