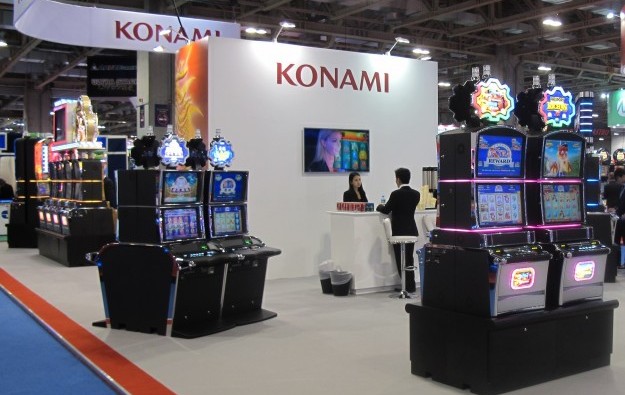 Konami Corp’s gaming and systems division on Thursday reported net revenue of JPY23.2 billion (US$197.8 million) for the nine months ended December 31, 2014, up by 4.2 percent in comparison with the prior-year period.

The Japanese conglomerate stated in is latest results that operating income from the gaming and systems division reached JPY4.1 billion, down 25.5 percent year-on-year.

“Sales of the Podium video slot machine continued to be favourable, mainly in the U.S. market,” the company said in a statement on Thursday. “Full-scale marketing is also in progress in Asia, Central and South America and Europe, where we are working on building distribution networks,” it added.

The Japanese company said it expanded its line-up of premium products in the North American market, by introducing Podium Goliath, “a larger size version of Podium … [which] is subject to a participation agreement (in which profits are shared with casino operators)”.

“The business environment surrounding the Konami group showed signs of slow recovery, including rises in stock prices and improvement in a segment of corporate earnings in Japan,” the company said.