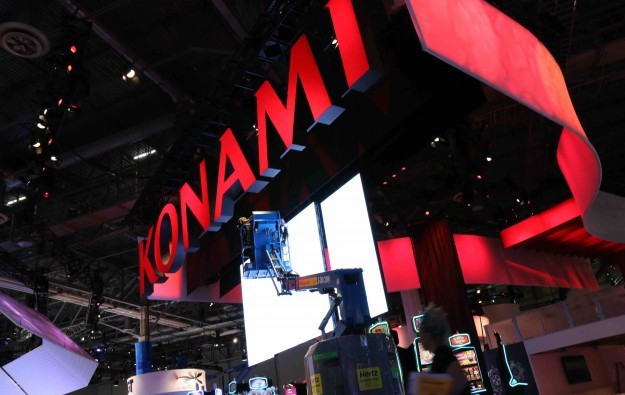 Konami Holdings Corp’s gaming and systems division reported net revenue of JPY24.4 billion (US$201.4 million) for the nine months ended December 31, up by 5.2 percent from a year earlier. Consolidated operating income for the segment however fell 12.2 percent year-on-year to JPY3.6 billion, the Japanese conglomerate said on Friday.

The firm initiated shipping of its new Concerto video game cabinet from the latter half of the third quarter. The cabinet made its first public appearance at the Global Gaming Expo (G2E) trade show in Las Vegas in September.

Konami said on its results statement it achieved a “solid number” of casino management system installations in North America. The company added that it offered a “wide variety of product line-up in the Asia/Oceania region and focused on enhancing sales activities globally”.

Group wide, Konami reported revenue of JPY179.3 billion for the nine months ended December 31, up by 15 percent from the prior-year period. Net income for the period however declined by 18.2 percent to JPY6.3 billion, the firm said.

The company also announced on Friday the upward revision of its consolidated earnings forecast for the fiscal year ending March 31, 2016. Konami said it expects its earnings to finish above its previous forecast, mainly due to strong performance in the digital entertainment segment of the mobile games and the computer and video games.

“There is no change in profit attributable to owners of the parent from the previous forecast figures … mainly due to an extinguishment of deferred tax assets,” Konami said. The firm forecast a net profit of JPY9.5 billion for fiscal year 2016.

The company also announced the recognition of impairment and other losses on non-current assets and the partial extinguishment of deferred tax assets.

As a result, a total impairment and losses of JPY8.3 billion were recognised during the three-month-period ended December 31, said Konami.

Macau’s casino gross gaming revenue (GGR) for the first five days of February is estimated at MOP1.9 billion (US$235.1 million) – or MOP380 million per day – a level that suggests a “45... END_OF_DOCUMENT_TOKEN_TO_BE_REPLACED