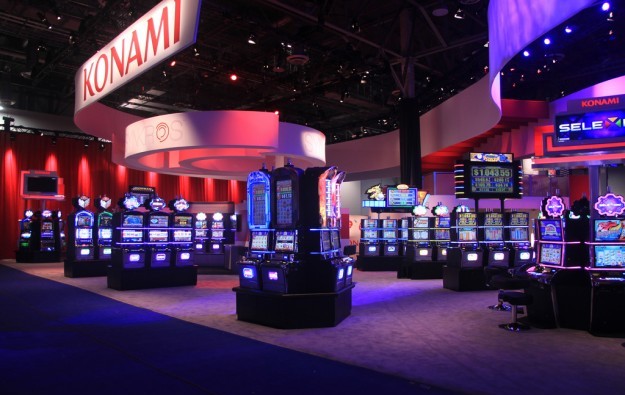 Konami Corp’s gaming and systems division reported net revenue of JPY33.8 billion (US$281.9 million) for the 12 months ended March 31, 2015, up by 7.0 percent in comparison with the previous year. Consolidated operating income for the segment however fell 13.6 percent year-on-year to JPY6.3 billion, the Japanese conglomerate said on Friday.

The company said income in its gaming and systems division decreased mainly due to more investment spending in the North American market. It includes “increases in product approval fees and personnel expenses for product development and maintenance resulting from expansion of the product line-up and enhancement of the services,” the firm said.

“In the North American market, the Podium video slot machine … continued to enjoy favourable sales, including introduction into the Central and South American market,” Konami said, adding that it is facing more competition in that market from European manufacturers.

The company also said it has introduced a “richly diverse product line-up” in the Oceania market. “Full-scale marketing is also in progress in Asia, Central and South America and Europe, where we are working on building distribution networks,” Konami said.

Konami last month delisted from the New York Stock Exchange, saying the listing was “not economically justified”. The company maintains its listings on the Tokyo Stock Exchange and the London Stock Exchange.

On Friday, the firm said it would change its trading name from Konami Corp to Konami Holdings Corp, with effect from October 1, 2015, as it aims “to promote a clear understanding of its position among stakeholders”.

The imminent return of package tours from mainland China will not only help boost Macau’s tourism businesses, but is also expected to help casinos gain more foot traffic in their mass gaming... END_OF_DOCUMENT_TOKEN_TO_BE_REPLACED