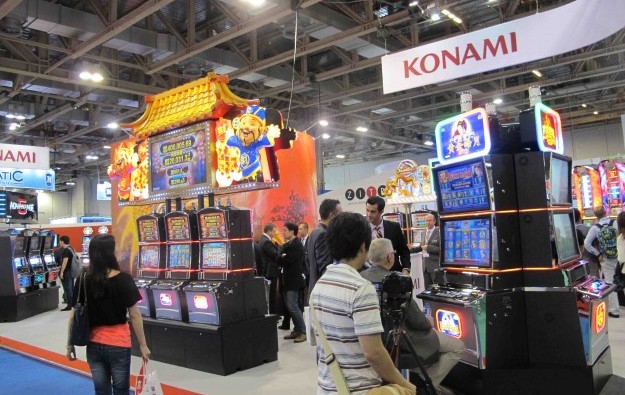 Konami Corp’s gaming and systems division reported an increase in net revenue of 11.9 percent for the three months ended June 30. The Japanese conglomerate announced on Tuesday that net revenue from that division reached JPY6.8 billion (US$66.3 million) for the period.

Operating income from gaming and systems was also up, Konami reported. It reached JPY1.3 billion, an increase of 4.8 percent compared with a year ago.

Konami said the performance was fuelled by “continued solid sales” of the Podium and Advantage series of cabinets, especially in the U.S. market. “Full-scale marketing is also in progress in Asia, Central and South America and Europe, where we are working on building distribution networks,” stated the company. Konami also supplies slot games and casino management systems.

Konami’s pachinko division reported a 401 percent jump in net revenues, to JPY3.5 billion. It still posted an operating income loss of JPY427 million, which compared with a loss of JPY486 million a year earlier.

Konami’s overall net revenue for the three months ended June 30 stood at JPY48.6 billion, up by 6.6 percent in year-on-year terms. Net income rose by 45.6 percent, to JPY1.4 billion. Besides gaming and pachinko, Konami is also involved in digital entertainment, and health and fitness.

Most of Macau’s casino operators are likely to generate positive free cash flow in the first quarter, given the robust recovery level of mass-market gross gaming revenue (GGR) in January, relative... END_OF_DOCUMENT_TOKEN_TO_BE_REPLACED