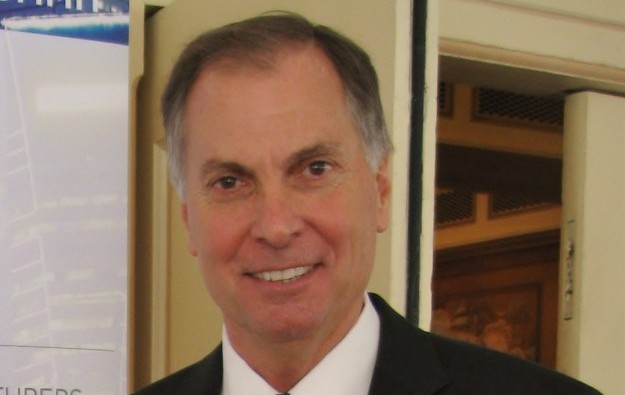 A member of the consortium planning South Korea’s first purpose-built integrated gaming resort says the project’s business model doesn’t depend on the country changing the law to allow locals to gamble.

Only one of South Korea’s 17 casinos is currently open to players holding solely a South Korean passport.

Steven Tight (pictured), president international development for Las Vegas-based casino operator Caesars Entertainment Corp, told GGRAsia in an interview: “We really are not anticipating the law will allow locals into the casino portion of the development.”

He added: “No one inside the government that I’ve heard of is strongly advocating that. We’ve built our [business] model and sized our resort on [overseas] tourists only and we’re completely comfortable with that. I have not heard anyone predict if and when local play will be allowed.”

In 2011, Choung Byoung-gug, at the time South Korea’s minister of culture, sports and tourism, was reported by the newspaper Chosun Ilbo as saying that the country’s casinos should be open to Korean nationals. Since then there’s been no sign of action, and also a change of government.

But in March this year, Bloomberg News reported that a government decision to allow foreign integrated resort operators to compete against South Korea’s 17 existing casinos had come after the country’s new leader, President Park Geun-hye pledged to bolster service industries to reduce the country’s dependence on exports.

“We are very encouraged by the growth of Chinese visitation to Korea and the growth in Chinese GGR [gross gaming revenue] in Korea,” Mr Tight told us. “The recent visit by the Chinese Premier [Li Keqiang] to Korea focused on opportunities to facilitate tourism between the two countries. We’re really focused on that statement.”

Caesars Entertainment is one of the partners in what is a multi-phase casino project for Yeongjong Island, part of Incheon Free Economic Zone near the South Korean capital Seoul and its Incheon International Airport.

The consortium – known as LOCZ Korea Corp and also featuring Indonesia’s Lippo Group and Singapore-based real estate developer OUE Ltd – recently completed a US$10 million down payment on the land for the scheme.

“Right now we’re in the design process,” he stated. “We had a competition and chose a design that we think is the most compelling.

“In Asian cities and especially in Korea, they want developments to be iconic. So we’ve worked hard to develop a design we think is iconic and unique and something you wouldn’t find in Macau or Singapore today,” he said.

“We’re excited about that and are now working through the details, including site investigations, to make sure the site conditions are appropriate. That takes a little while. But our target is to start construction in 2015.”

He explained: “We have to submit for a [development] permit and I think at that point the submission is a public document. I would hope that would probably be in the next six to eight months.”

The project is “multi-phase,” added the executive. “Right now we’re considering accelerating some development that was going to be in future phases to somewhat closer to our grand opening of phase one. Phase one should be [open in] 2018. I think it is too early to get to specifics on the month,” he stated.

Mr Tight, who has experience of implementing and running major entertainment projects – he served as managing director of Hong Kong Disneyland from its inception – said of the Incheon project: “Given our location and proximity to Incheon [International] Airport, and given the proximity to north China, I think the Chinese and probably Japanese tourist segments will be our top two guest profiles. We will be developing a VIP gaming facility that would compete with any that you might find elsewhere in the region.”

He added: “But there’s also a mass market opportunity because there are a significant number of Chinese tourists that come to Korea who enjoy gaming and who aren’t in the VIP category.”

He said it was too early to talk about numbers of tables and slots for the property.

“I don’t think we have released that information publicly because we’re still in the concept design phase. We probably won’t start sharing that until we’ve nailed down the exact floor design,” he explained.

He also gave more details of the funding for the scheme.

“The joint venture company itself is capitalised for US$50 million, and that is already in LOCZ, the joint venture company. And then Caesars, in order to reassure the government [of S. Korea] that we have the resources, we deposited an additional US$100 million in the country that’s sitting in a bank account in Korea. It’s a goodwill gesture.”

While conceding that Caesars has a “tremendous amount of debt,” Mr Tight said the casino business is in its nature speculative.

“… very few of the major international gaming companies are rated with an investment grade credit rating. That’s because of the nature of the business, where you have big capital investments, with generally a lot of debt on the books,” he stated.

The executive added that the consortium had been granted an investment-grade credit rating within South Korea.

“They [credit ratings agencies in S. Korea] looked at the business model, the strength of the partners – I think they recognised the strength of Caesars’ balance sheet.”

Mr Tight said the US$100 million “will be invested in the project”. He added: “I think it demonstrates the confidence that the project will be constructed and that there won’t be any issue regarding having adequate capital.”

The decision by the Macau government to grant fresh 10-year licences to each of the city’s six incumbent casino operators has been welcome by top management at those firms. Each of the concessions... END_OF_DOCUMENT_TOKEN_TO_BE_REPLACED