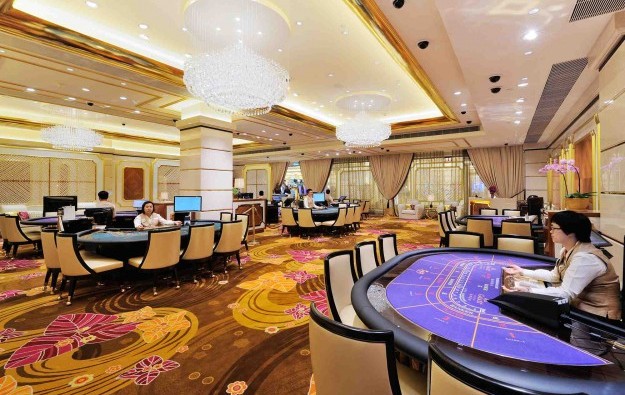 Casino labour group Forefront of Macao Gaming says some of its members holding table dealer jobs are fearful that a wave of lay-offs will happen later this year in the city’s casinos if there is no improvement in the local industry’s earnings from gaming.

It was announced on January 1 by the local gaming regulator that Macau’s total casino revenue for 2015 had slipped 34.3 percent year-on-year to MOP230.84 billion. That was a major deterioration from the 2.6 percent decline from the prior-year period seen in calendar year 2014.

“We’ve felt that the casino operators have avoided making big changes, especially on issues related to labour, while the government was conducting a mid-term review of the gaming sector,” Lei Kuok Keong, vice president of the group, told GGRAsia.

“But now the review is done. And we’re not sure if this cautious attitude from the gaming operators will continue when they are facing unfavourable gaming earnings and higher pressure to cut down operation costs.”

The government has not given any update on when the findings of the review would be made public, but Lionel Leong Vai Tac, Secretary for Economy and Finance, told reporters in Beijing on Tuesday that it would “definitely” be seen by the central government by year-end.

Demand among Macau’s six gaming operators, regarding courses to train new dealers for the city’s casinos, dipped last year and looks unlikely to recover this year, Forefront of Macao Gaming and another labour group have separately told GGRAsia. They add they do not expect the trend to reverse soon.

Only local ID holders can be dealers, and beginners must complete a government-recognised training course before being able to take an operational post with one of the city’s six gaming operators.

But the labour groups say that against a background of falling casino gross gaming revenue in the city, there is now an oversupply of already-qualified dealers, as casino operators look to freeze or slow recruitment and to offer experienced dealers reassignment to non-gaming roles.

The labour organisations suggest the career path for dealers is now much less certain than during the gaming boom, which is also discouraging local people from applying for those training courses that are still available.

Leong Son Iok, director of a vocational training centre run by the longest-established labour grouping, called the Macao Federation of Trade Unions, said his centre hosted only four casino dealer training courses last year, with an intake of approximately 100 trainees. He described that as a “huge drop” from the previous year. Only about half of those 2015 trainees went on to be recruited as dealers in the city’s casinos, Mr Leong added.

“In the first quarter this year, we’ve held only two courses, each having taken in 25 trainees,” Mr Leong told us, “In the past when gaming performance was still robust here, dealer training courses usually got easily oversubscribed. But now it takes much longer to gather enough trainees to form a course. And it’s also more difficult for our graduate trainees to land a dealer job.”

Mr Leong added: “There is now an oversupply of dealers since Macau has undergone two years of adjustment in the gaming industry… I think the hiring ratio [the number of trainees ultimately getting dealer jobs] will only improve next year when more new casino resorts in Cotai are opening.”

That was echoed by Forefront of Macao Gaming. Mr Lei told us that the city’s six casino operators have stopped – since the third quarter last year – their respective internal training programmes for entry-level dealers.

“Actually, since the fourth quarter of 2014, some casino operators here have already started to cut down the frequency of their internal training programmes [for entry-level dealers] and the number of trainees they take in,” Mr Lei stated.

“You can imagine that the companies would really like to cut down their cost in this area when the gambling performance went bad.”

Mr Lei added: “There are usually two ways to recruit dealers: one is poaching the experienced ones and the other is to train the entry-level croupiers… Poaching dealers no longer happens. And job-hopping amongst the dealers is now much less common.”

Job vacancies for gaming employees stood at 462 in the fourth quarter last year, down by 379 year-on-year, according to data from Statistics and Census Service. No vacancies for dealers were recorded in the final quarter of 2015.

The statistics service also suggested a general slowdown in demand for all types of worker in the gaming sector, noting that only 376 new employees had been hired for casino operations in the fourth quarter of 2015, more than five times fewer than the 1,968 new workers hired in the same prior-year period.

Both gaming labour groups told us that they have not heard of any major lay-offs or reduction in benefits for casino employees so far.

“But it is obvious that the gaming table staff are under much stricter management now. And of course lay-offs or reduction in benefits occur when the staff [member] receives too many warnings or fails to meet their job requirements,” Mr Lei said.

The Macau government announced on Thursday the cancellation of a plan for a nucleic acid test certificate requirement with 48 hour validity, for casino staff, casino customers and official visitors... END_OF_DOCUMENT_TOKEN_TO_BE_REPLACED