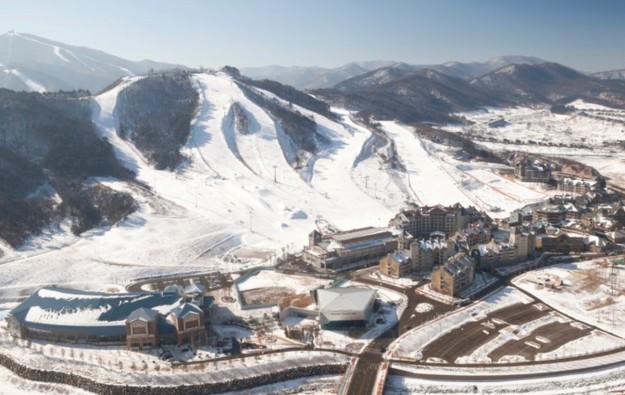 The Hong Kong-listed firm in December said it had agreed to pay HKD868.7 million (US$112 million) for Wealth Seed Group Ltd, which operates – via a Korean subsidiary – the foreigners-only Alpensia casino. The casino has a total of 16 gaming tables, including nine baccarat tables, and 42 slot machines, Landing International had said in previous filings. The company had plans to expand the casino from the existing 16 to 70 gaming tables.

The Alpensia resort (pictured), featuring skiing and other tourism attractions, will be the main venue for the 2018 Winter Olympics and Winter Paralympics. Pyeongchang, in the country’s Kangwon province, will host the Olympic Winter Games in February 2018.

For the year ended December 31, Landing International posted a loss attributable to shareholders of the company of about HKD293.7 million, against a loss of HKD137.1 million in 2013. Revenue for the period increased by 23.3 percent year-on-year to HKD223.3 million, the company said in Friday’s filing.

The firm said the increase in loss was mainly attributable to expenses in connection with a newly acquired casino business; pre-construction administrative expenses for an integrated resort development; and increase in other expenses due to the company’s expansion.

Landing International already has two other casino investments in South Korea. The company and Genting Hong Kong Ltd have a 50-50 joint venture to operate an existing foreigners-only casino at Hyatt Regency Jeju hotel, which was acquired in June and re-opened on January 18. The casino, now operated under the name Genting Jeju, has 30 gaming tables and 16 slot machines.

The company reported revenue from the casino business segment of about HKD21.4 million for 2014. However, the segment had a loss of approximately HKD20.3 million “mainly due to the suspension of business during renovation period … since October 2014”.

The Chinese real estate developer is partnering with Genting Singapore Plc to build a US$1.8 billion casino resort on South Korea’s Jeju Island, which broke ground on February 12. The property, to be modelled after Resorts World Sentosa in Singapore, will open progressively from 2017 and is expected to be completed by 2019.

Starting from 1am on Tuesday (August 9), most travelling directly by air or sea to Macau from mainland China are required to take a nucleic acid test (NAT) upon arrival, plus another such test within... END_OF_DOCUMENT_TOKEN_TO_BE_REPLACED